The cool night air of Cooma was dispelled on 5th May by the warmth of the frienship of the Brethen who gathered for the reinstallation meeting of W Bro Patrik Nilsson in the presence of the Grand Master's representative VW Bor Bernie Alcock, DGIW 49B, and who is also a member of the Lodge. The delegation of Grand Officers entered the Lodgeroom in the first degree as there was an Entered Apprentice in attendance. The installing Master W Bro Bill Kelley conducted the ceremony with aplomb and expertise and the charges were delivered by various Brethren also with expertise making it a most pleasant end enjoyable evening.

Visiting Brethren from Canberra Lodges, Bega, Pambula, Bombala braved to cool weather, kangaroos and wombats to attend the meeting and we trust they all arrived back home safe and sound.

Delegation Of Grand Officers. (Place mouse cursor over photo for an enlarged version) 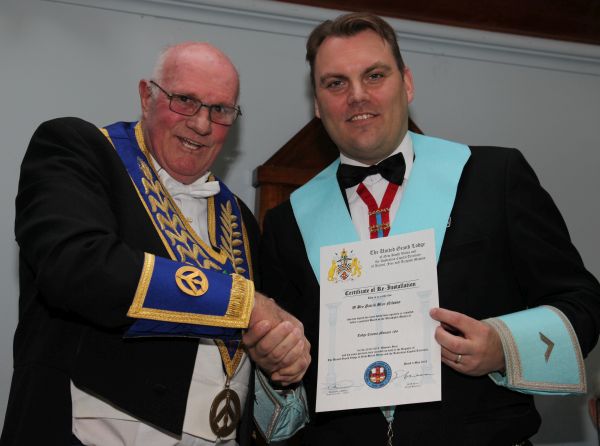 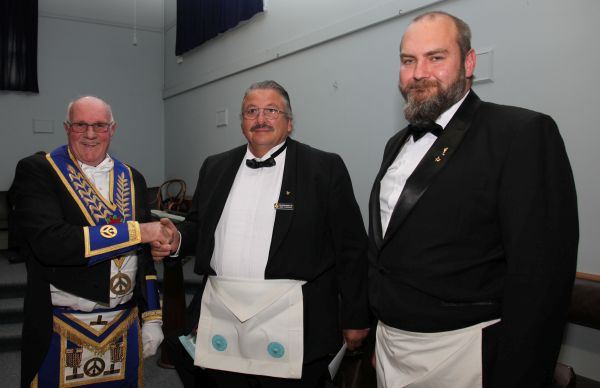 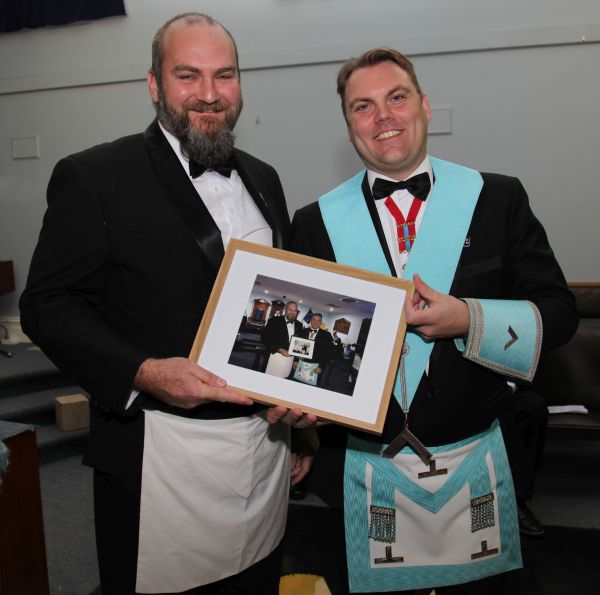 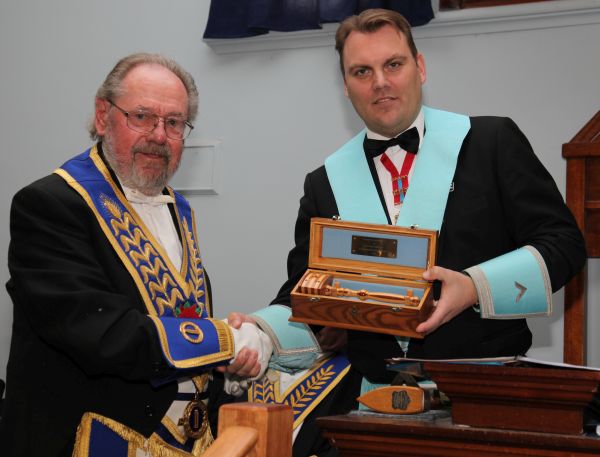 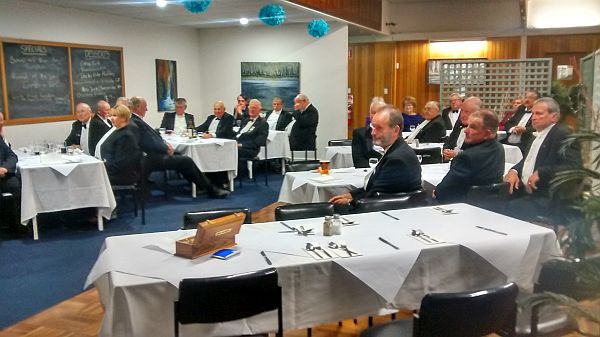 The Festive Board at the Cooma Bowling Club attended by some 40 Brethren and thier partners.