As from September 2013 the NSW Masonic jurisdiction was reduced from 11 to 4 regions, each headed by a Regional Grand Counsellor. The distribution of districts in each region is intended to achieve a balance of city and country lodges in each district. Given theat the majority of the population live on or near the coast this goal is difficult to attain.

This mud map shows each region with the various Masonic meeting places highlighted. Further detailed info can be found on the Region 4 web site at 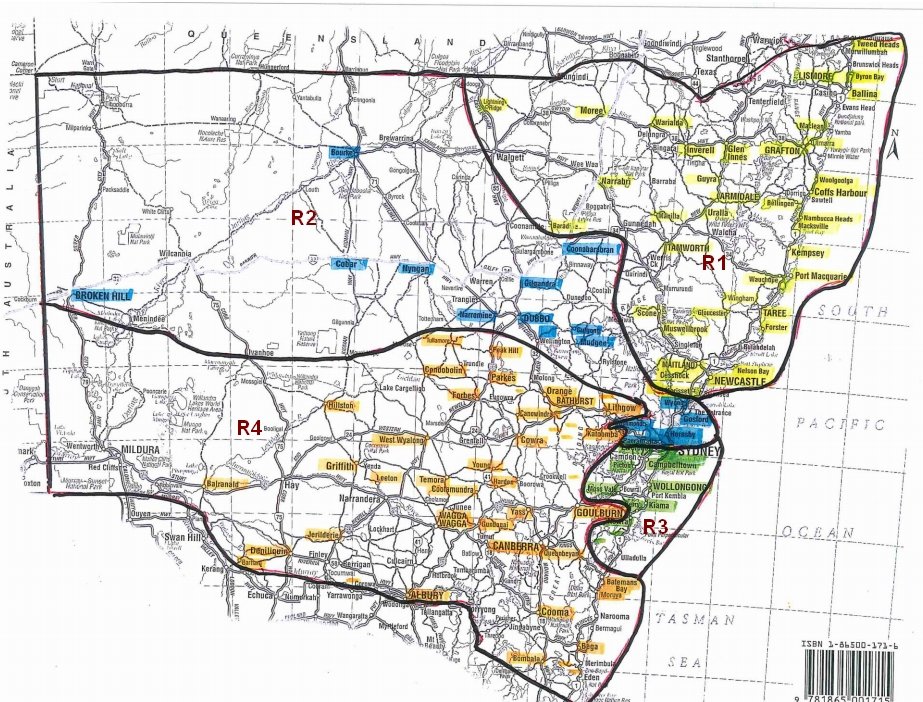