A First for Bega Remembrance

On 18th February 2015, Bradley Alcock of South Pambula took his first steps in Freemasonry in the company of his Father, Charles of Bemboka and his Uncle Bernie of Lodge Cooma. The ceremony attracted Brethren from all seven Lodges in the new District 49 on the Far South Coast. It covers an area from Batemans Bay in the North, Pambula in the South and Bombala and Cooma in the West. This was the first Initiation since Bro Cliff Cochrane was initiated on 16 November 2011 and appropriately Cliff was Brad's Junion Deacon and Conductor for the ceremony. Cliff remembered his own Initiation and put to good use the lessons he learned from that experience. Brad was a great Candidate and will make a fine Mason particularly with a Father and an Uncle to steer him along the path. 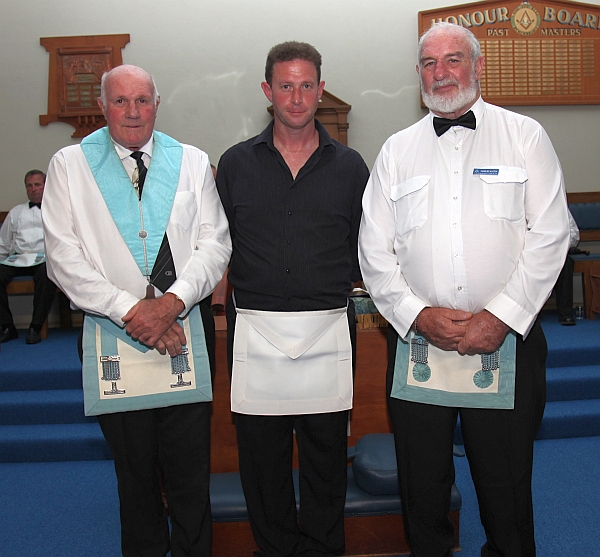 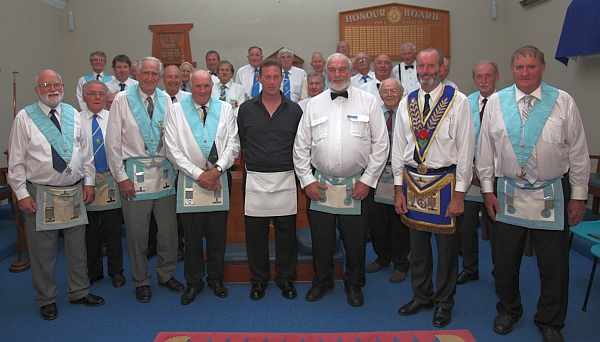 Members and Visitors including the District Grand Inspector of Workings, Neil Dawson. 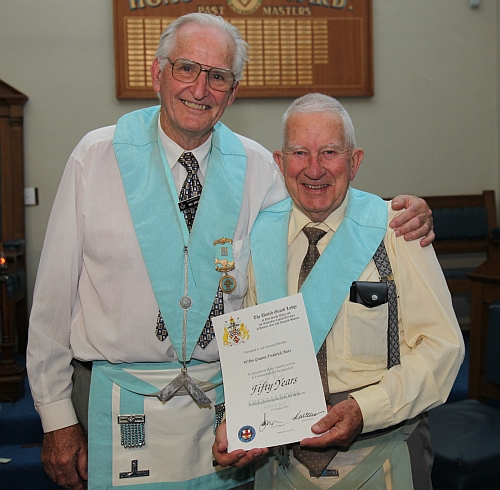 The evening also presented an opportunity for the Worshipful Master, Ray Spencer, to present a long standing member of the Lodge with his 50 year Certificate as a member of the Craft. On accepting the certificate, Graham assured everyone that he was very grateful for the opportunty to be a member of such a wonderful organization.