The beautiful Sapphire Coast stretches from Eden to Bermagui with Merimbula and Pambula almost in the centre. The beaches and the area attract thousands of visitors every year. There is an airport, two hospitals and three Craft Lodges. 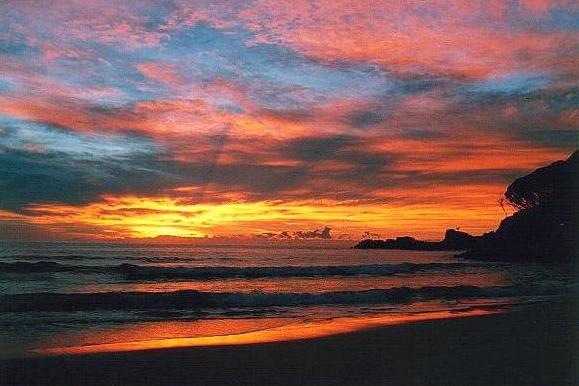 Located some 50 kms north of the Victorian border on the beautiful Sapphire Coast of South-East NSW, and only 5 kms South of Merimbula which the center of this major tourist area

Pambula was discovered, by the white people that is, by George Bass on 18 December 1797. The resident Aborigines referred to it as Pambula, meaning "two waters", a name reflecting an harmonious relationship with the environment. It became popular for a very lucrative off-shore industry, whaling, as part of the Imlay Brothers empire at Twofold Bay in the early 1800's

It has also been a rich farming area, gold mining until cyanide became too expensive for dissolving the quartz, maize growing, oats, horses and now it is a quiet little village with craft shops and several historic buildings of which our Masonic Lodge is one. Pambula has a small population of around 1,500 and can be referred to nowadays as a quiet little rural town on what used to be a bend in the Princes Highway. While the town may not abound in great architectural treasures, it does have surviving cottages and buildings that are authentically colonial.

Perhaps the most historic building is the house which Syms Covington built. As an 18 year old, he sailed with Charles Darwin as a cabin boy and ship's fiddler on the "Beagle". He emigrated to Australia in 1840 and took up residence in Pambula as the local Postmaster. His house was at one time the doctor's residence and is now a quality restaurant.

The Lodge was originally the Pambula School which comprised one room. The building is quite small and is no longer used for lodge meetings as extensions were added years later to house the temple and a large South. The original school house was built on the river flats and the flood of 1870 made the building uninhabitable so the children were transferred to a room at the rear of Mrs Baddeley's tannery. Because of strong community support, a new school on a site opposite the Court House was completed in 1872. The contractors guaranteed that the eighteen inch rubble walls would "withstand the strongest winds". Unfortunately,  there was no guarantee that the school system would withstand the turbulence buffeting educational circles - dissention was not confined to Pambula. 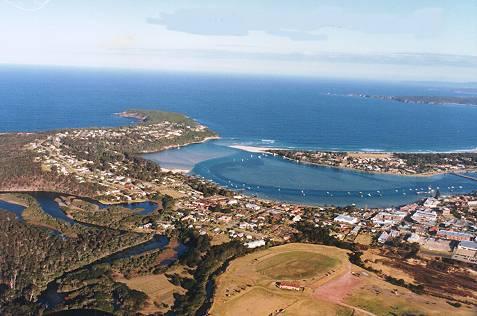