Tathra is a seaside town on the Sapphire Coast found on the South Coast, New South Wales, Australia. As at the 2016 census, Tathra had a population of 1,675. It has a Hotel, a large caravan park, several blocks of holiday units and a Country Club with an 18 hole golf course. Up until 18th March this year it also has around 400 homes which provided shelter and a place to live for its small but important population. On that day a rogue bush fire fanned by hot Westerly winds and low humidity totally destroyed 70 of those homes and some 30 caravans.
Disaster struck with such speed that the affected residents were barely able to flee to safety and were left with only the clothes they wore at the time. Their possessions such as clothing, food, photographs and memorabilia were all lost to the ravages of the out of control fire. By some miracle there was no loss of life and emergency services were quick to act and evacuate the residents to nearby Bega showground where help was readily available until they could return to whatever was left of their homes.

Fund raising for the victims began almost immediately with the local Council opening a Mayoral fund. The DGIW for District 49B, VW Bro Bernie Alcock, started a fund raising campaign and enlisted the help of the Grand Secretary to promote the idea as Tathra is in District 49B. Over two months some 25 Lodges/Orders and several Brethren have donated $10,450 for this cause. Brethren of the District agreed that the money should be given to a volunteer organisation which has no administration costs and are in a position to put the funds to the best possible use. It was decided that the Tathra Lions Club would be the best group to do this as they are virtually at the coal face helping people clear their blocks, cut down dangerous trees, supply bedding, clothing and food and help to those in need.

Accordingly a cheque and a framed certificate listing the donors were presented by the DGIW to the Tathra Lions Club at the Tathra Country Club on 23rd May 2018. 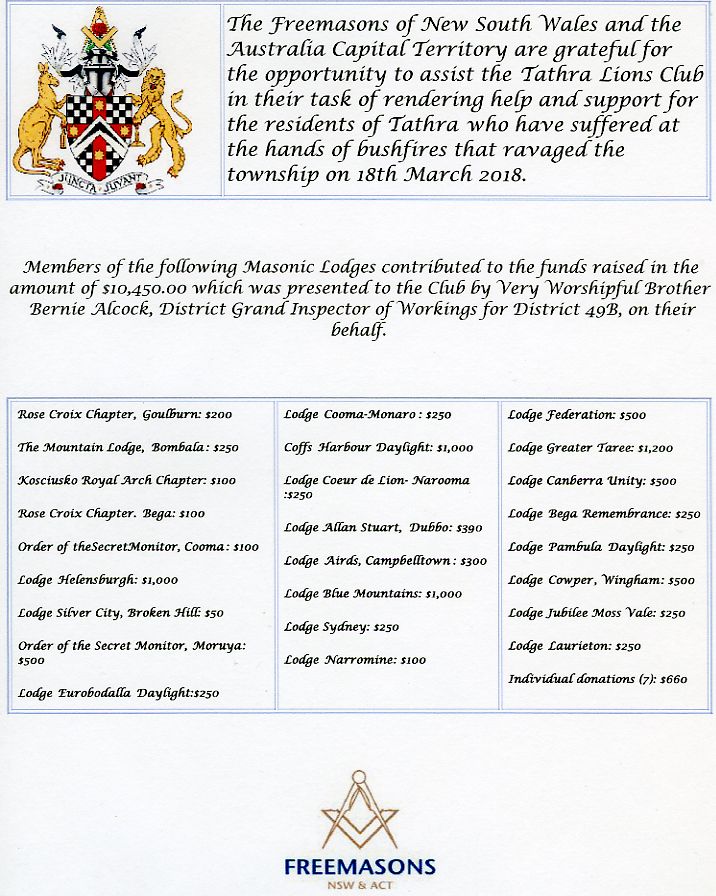 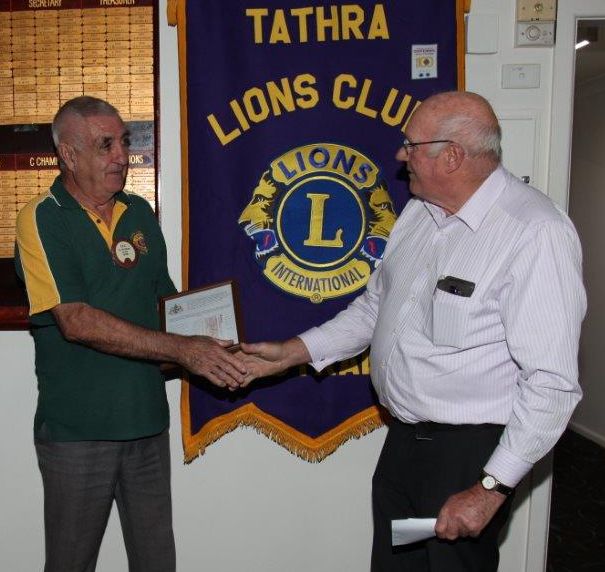