"The Mountain Lodge of Bombala" was officially warranted by the United Grand Lodge of England on 23rd August 1862 and was constituted to meet on the Tuesday nearest the full moon each month. There is also an unsubstantiated entry that the Lodge was founded on 27th July 1861 and this may have been an "unofficial" lodge formed without any attachment to a Grand Lodge. Following are scanned copies of the pages of a small booklet produced by W Bro Tony Garnock to commemorate the 100th anniversary of the Mountain Lodge. 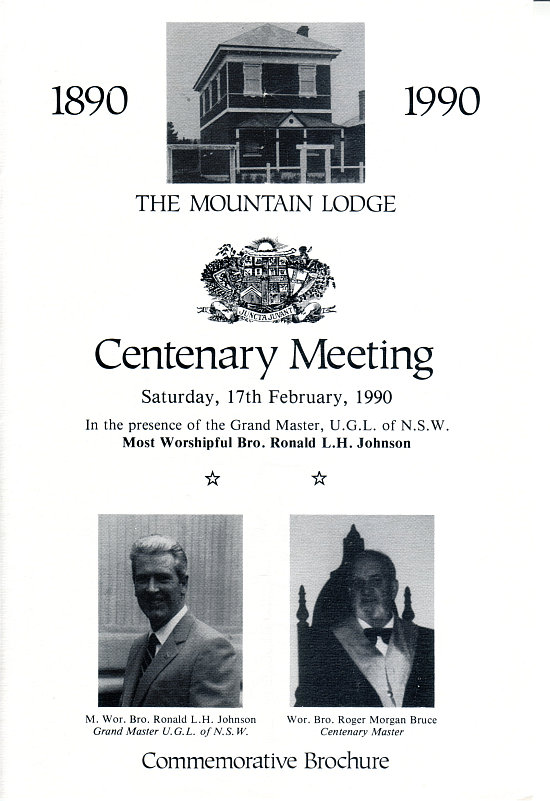 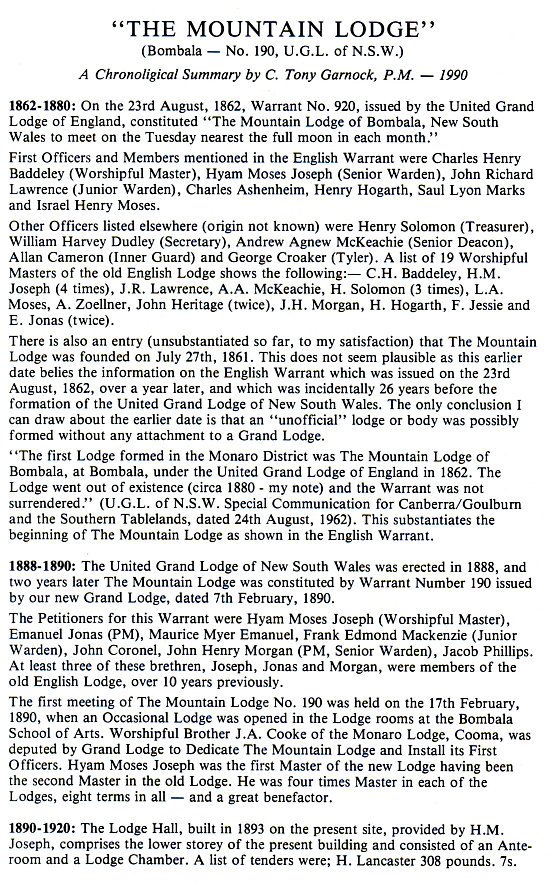 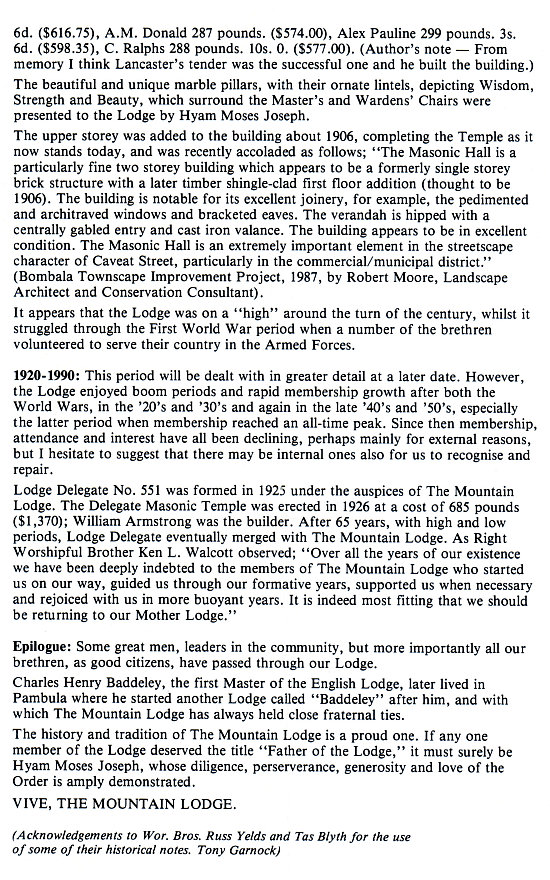