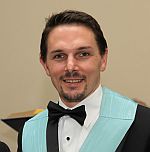 It may well be the 100th anniversary of the Titanic disaster but it was a long way from a disaster at Lodge Baddeley on Friday night, 9th March 2012. Bro Harley Jenkins was raised to the 3rd degree in a ceremony that he will remember for many years to come. At the invitation of the Worshipful Master, W Bro Ernie Witcher, a hand picked ceremonial team from the 5 District Lodges performed the ceremony with expertise, feeling and sincerity. It was also spectacular from a visual point of view with twelve Grand Officers in Summer Dress attending, seven of whom participated in the ceremony as WM, IPM, SW, JW, SD, JD and IG.

The Regional Grand Counsellor, RW Bro Graham Davies, the District Grand Inspector of Workings, VW Bro Tom Peadon, the Immediate Past RGC, RW Bro Graham Charlton, PAGM and RW Bro Hugh Davies, PJGW, provided support from the East and 19 Brethren from the 5 District 105 Lodges plus visitors from the Orbost Lodge were also present. As expected, Harley was a wonderful Candidate and was quite moved by his experience. The WM for the ceremony, VW Bro Kevin Mulcahy, presented Harley with a card bearing the autographs of the Ceremonial Team as a memento of the evening. The WM of the Lodge presented Harley with a Bible on which he took his obligation during the ceremony. We were also fortunate to have an Entered Apprentice present for part of the ceremony in the form of Bro Cliff Cochrane from Lodge Bega Remembrance. Cliff and Harley are our hope for the future of Freemasonry on the Far South Coast as the three Lodges that meet at Pambula and Bega are suffering the same fate as other country areas, an ageing membership. 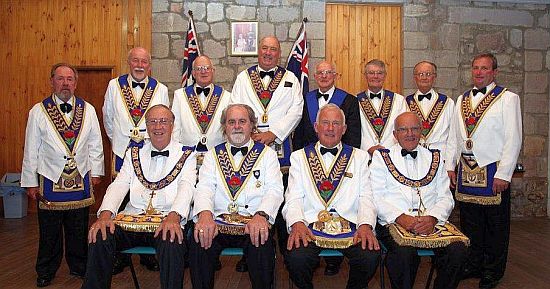 The evening provided a rare opportunity for Grand Officers to attend a meeting, other than an installation, in their full regalia. 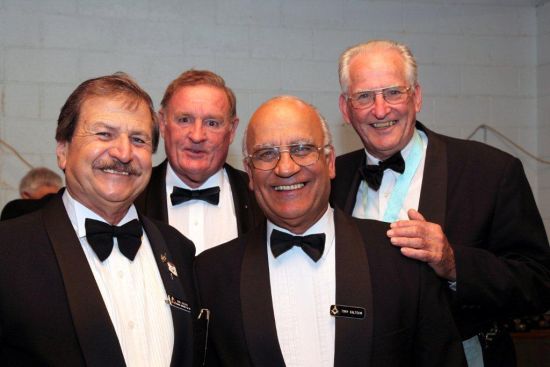 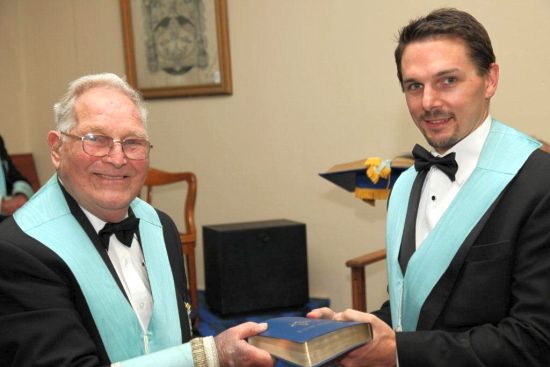 W Bro Ernie Whitcher presenting Harley with his Volume of the Sacred Law. 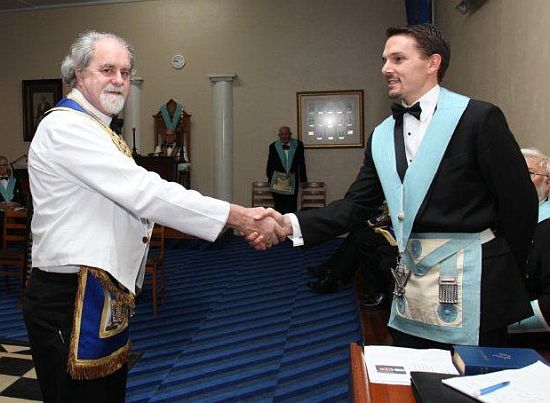 RGC, RW Bro Graham Davies congratulating Harley who is standing in for the Secretary for this meeting. 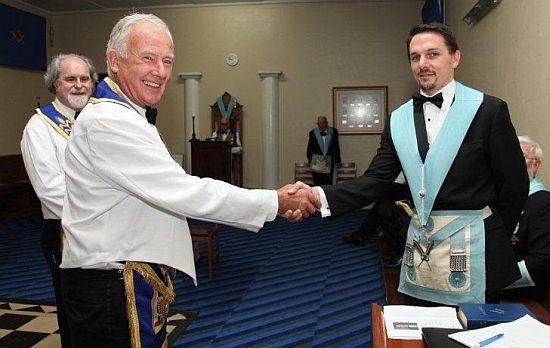 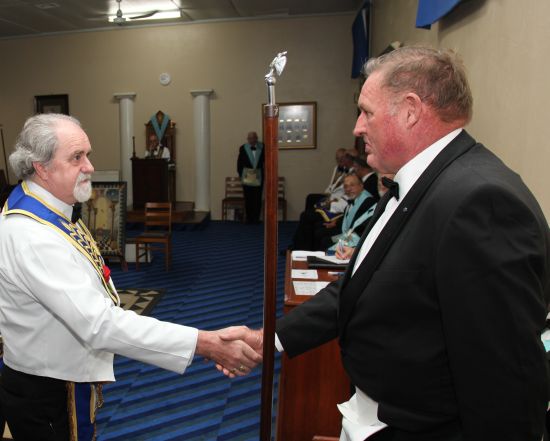 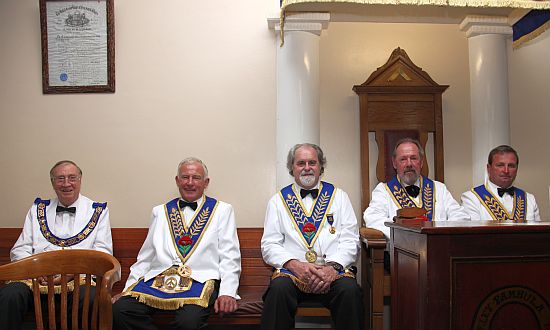 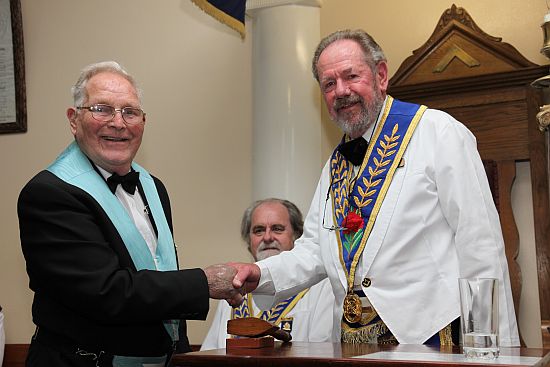 The Worshipful Master of Lodge Baddeley resuming his place in the Chair. 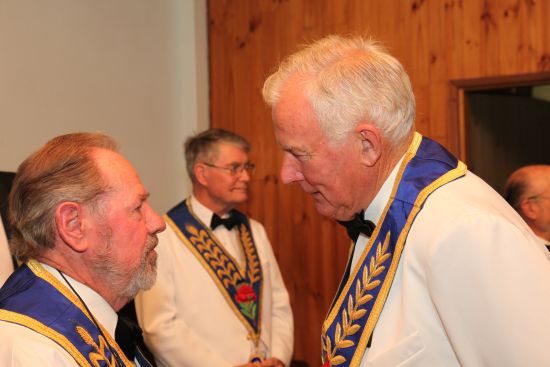 The DGIW offering words of "advice". 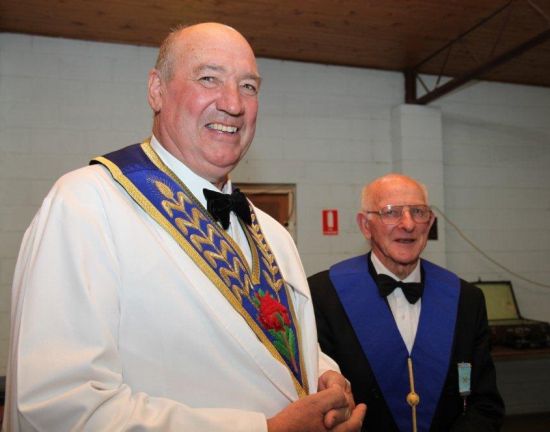 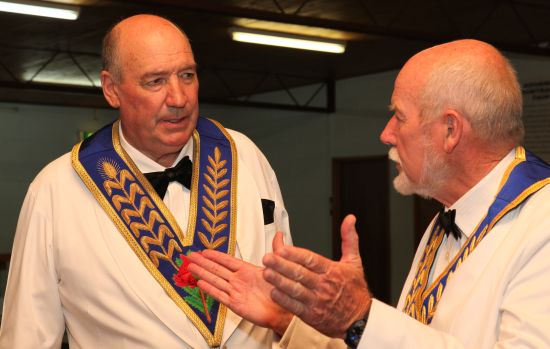 Honestly, it was this big! 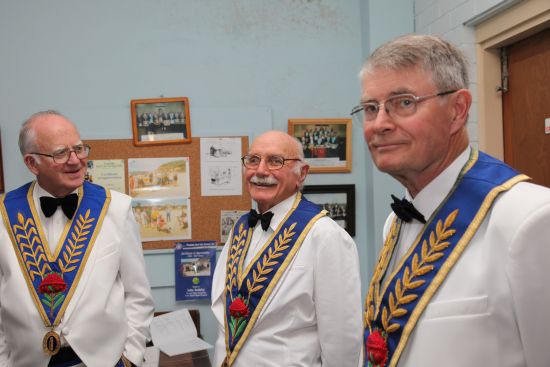 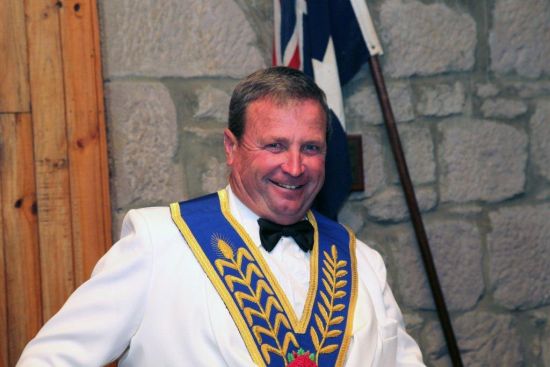 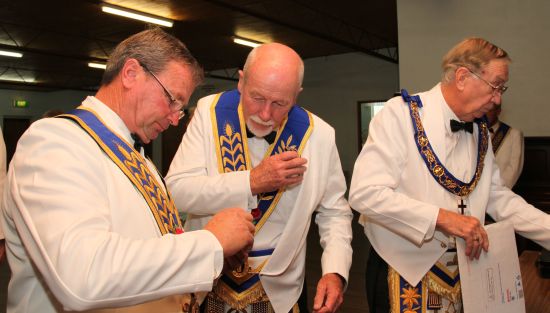 Note: RMS Titanic sank on 14-15 April 1912 and a movie titled "A Night to Remember" was made in 1958 with Kenneth Moore and Honor Blackman. The only connection between this movie and our ceremony is the title.