Saturday 14th April saw a gathering of Eden Monaro and Canberra Masons to celebrate the re-installation of W Bro Bernie Newman into the chair of Lodge Cooma-Monaro No 164 in District 105 of the UGL of NSW & ACT.

In spite of the cool and wet weather a goodly number of Brethren and their ladies attended the function. The Grand Master had appointed RW Bro Russell Yelds, PJGW to represent him and 15 Grand Officers made up a respectable delegation. The Grand Director of Ceremonies was VW Bro Kevin Mulcahy, PDGDC. The installation ceremony was carried out in a very capable manner by the outgoing Master W Bro Ron Jaa Jaa who had created a record for the Lodge by serving as Master for three consecutive years. 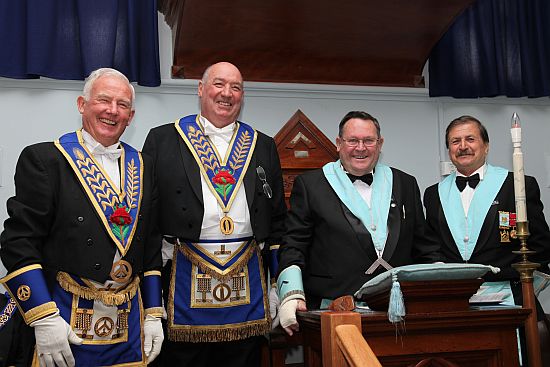 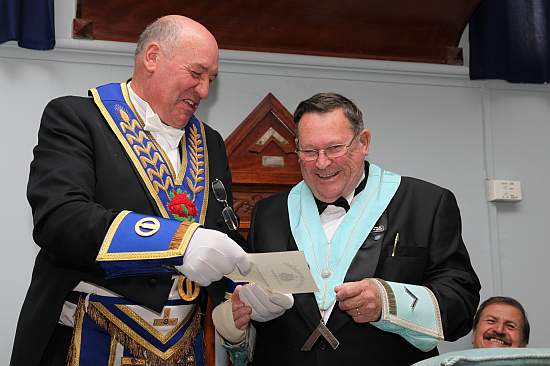 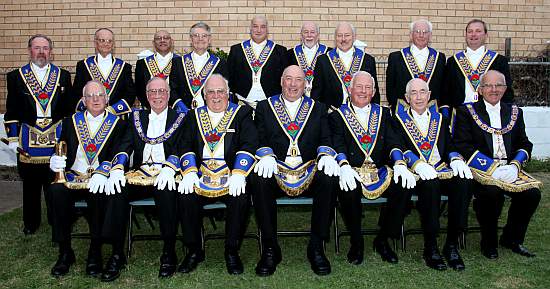 The Grand Delegation which includes the DGIW for District 104, VW Bro Peter Camiller (3rd from left front row), the immediate past RGC, RW Bro Graham Charlton and his predecessor RW Bro Mike Dalton. Second from right in the front row is RW Bor Warren Turton on his first outing as a newly appointed PAGM still waiting for his regalia. Of the 16 Brethren above only 3 carry the rank of Very Worshipful, 13 are Right Worshipful. 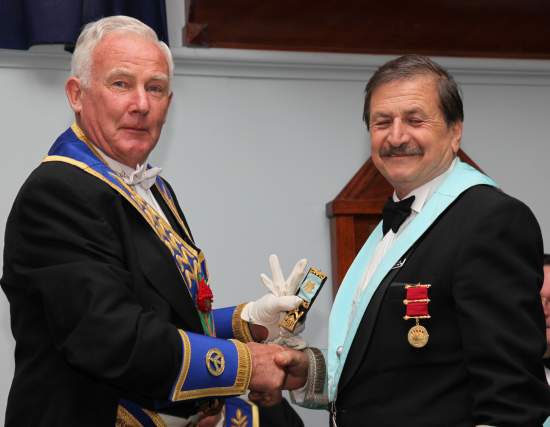 DGIW Tom presenting Ron with his Past Master's Jewel. Well deserved after his 3 years in the chair. 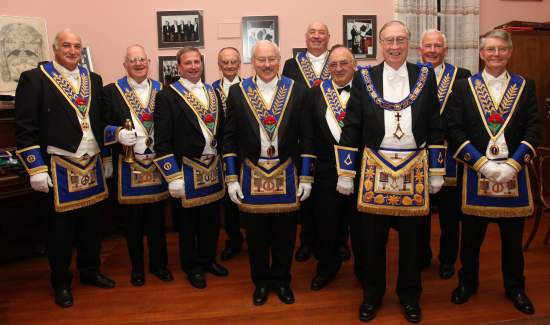 Coincidentally among those present at the ceremony were the last appointed DGIW for the former District 104, VW Bro Des Trute, and 7 of the 8 DGIW's for District 105 and the immediate past two RGC's for Region 10. The first DGIW was VW Bro Viv Fleming 1996-1998 who sadly is no longer with us.

After the ceremony in the Lodgeroom, all repaired to the Cooma Bowling Club where a most enjoyable festive board and good company kept many of us entertained until the witching hour.

We all wish Bernie and his team a successful and productive year.