The Lodge of Truth in Braidwood is Number 26 on the register of the Grand Lodge of New South Wales and the Australian Capital Territory which means it has been around for a long time, well over 100 years. On Saturday 11th October 2014 W Bro Phil Shoemark was reinstalled as Worshipful Master of the Lodge in the presence of the District Grand Inspector of Workings, VW Bro Garry Sweeney representing the Grand Master. The Grand Director of Cereomonies was VW Bro D P Goonasekera, the Assistant GDC in the Ceremonial Team. The Regional Grand Counsellor for Region 4, RW Bro Geoff Ludowyk, also attended

Lodge Truth is in District 48 and very nearly became part of District 49 in the reshuffle of Districts from 10 September this year. It has close fraternal ties with two lodge in district 49, namely Lodge Coeur de Lion of Moruya, and Lodge Cooma Monaro in Cooma. Both these Lodges were represented at the ceremony along with brethren from Lodge Ethos, Lodge Caledonia and Lodge Commonwealth all from Canberra. 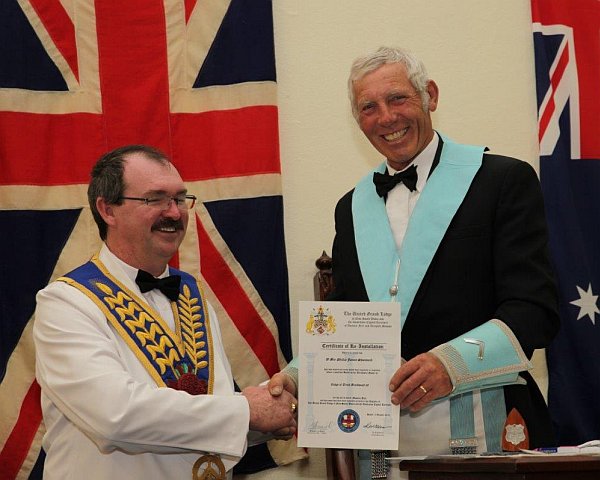 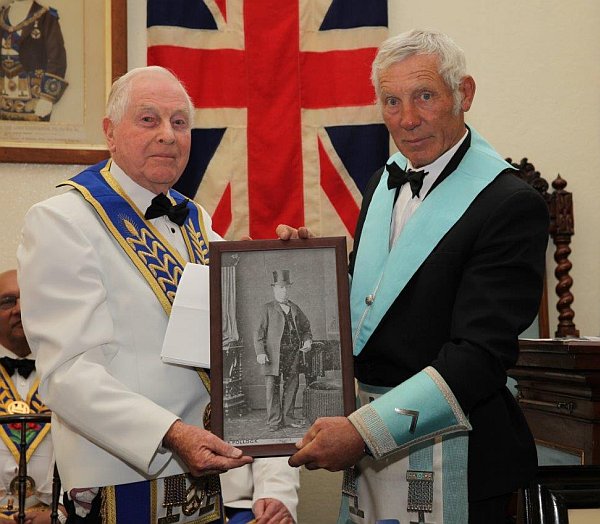 The Secretary of Lodge Truth, VW Bro Doug Edwards presenting a photo of Bro Robert Bruce who was an Initiate in the first year the Lodge was consecrated, 1860. 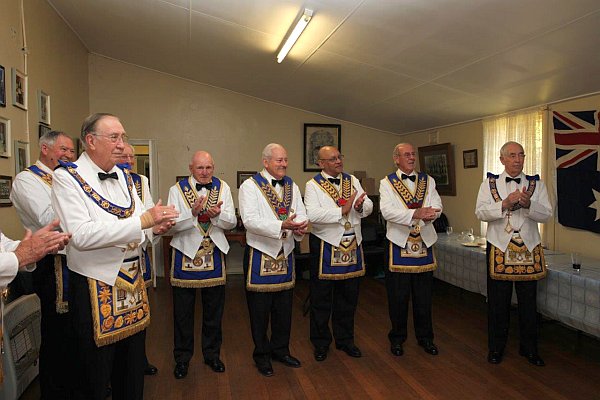 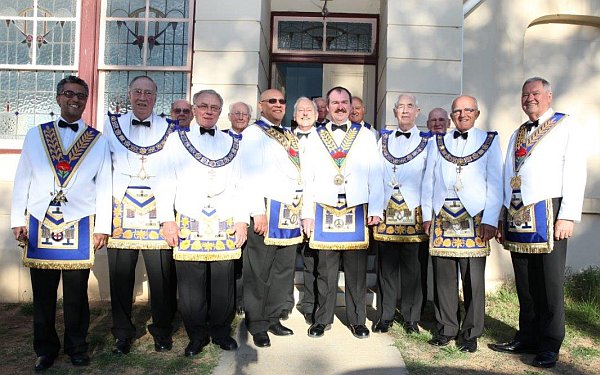 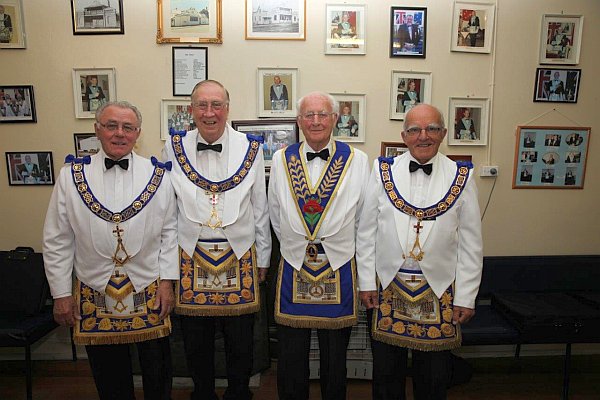