Saturday night on 12th October 2013, Bro Alec Sklepic was installed as Worshipful Master of Lodge Coeur de Lion-Narooma number 84 on the register of the United Grand Lodge of NSW and the ACT. W Bro Paul Bishop installed his successor with sensitivity and sincerity in a Lodgeroom occupied by some 44 Brethren from near and far. The Grand Master was represented by RW Bro Brian Potter, PJGW who was the Regional Grand Counsellor at last year's installation which was attended by the Grand Master himself. The Grand Director of Ceremonies for the evening was VW Bro Kit Lee who ensured the ceremony proceeded with dignity.

Lodge Coeur de Lion while being one of the oldest Lodges on the South Coast is now also one of the most successful due to the hard work and enthusiasm of some of its key members. Several years ago its membership was down to around 18 and it anow boasts a membership of over 50, most of whom are young men who are now enjoying the friendship and discipline which Freemasonry offers. The Lodge is now known as Lodge Coeur de Lion-Narooma following consolidation with Lodge Narooma a few years ago. 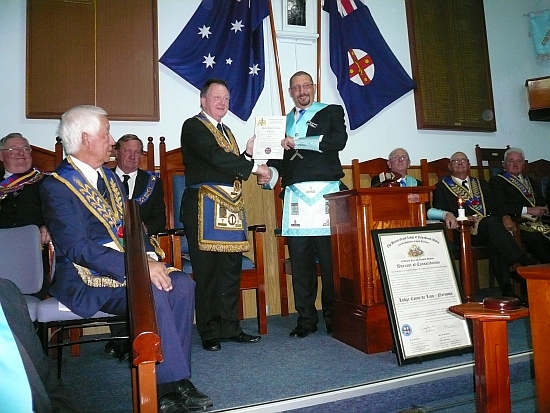 The Grand delegation which included 3 District Grand Inspectors of Workings and a Royal Arch Grand Officer. 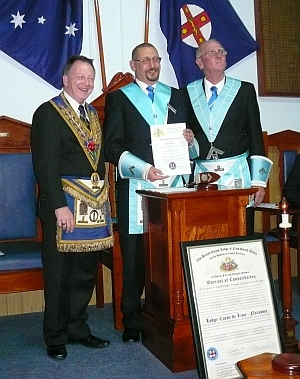 The Representative, Worshipful Master and Immediate Past Master. 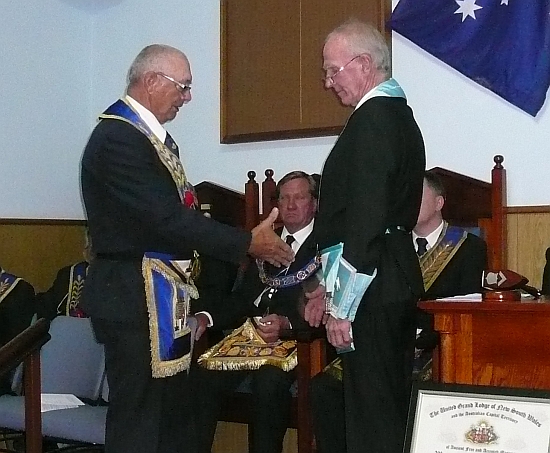 VW Bro Ray Johnston, DGIW, presenting the IPM with his Past Master's jewel. 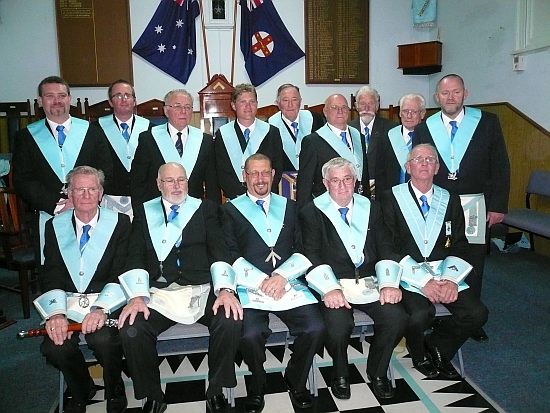 The Officers of the Lodge. Nearly all are Master Masons. 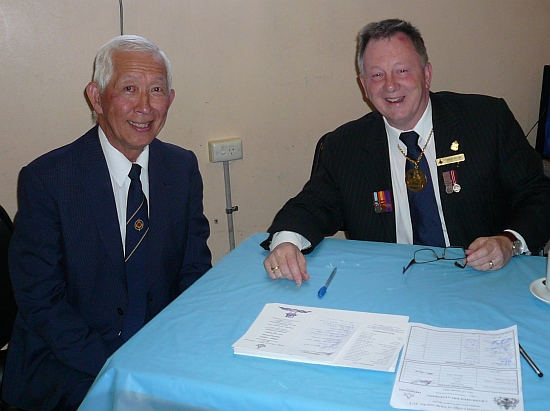 GDC VW Bro Kit Lee and the Representative having a pre-ceremony chat. 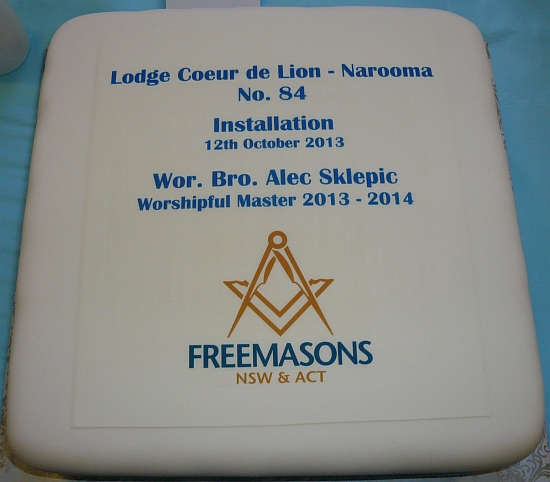 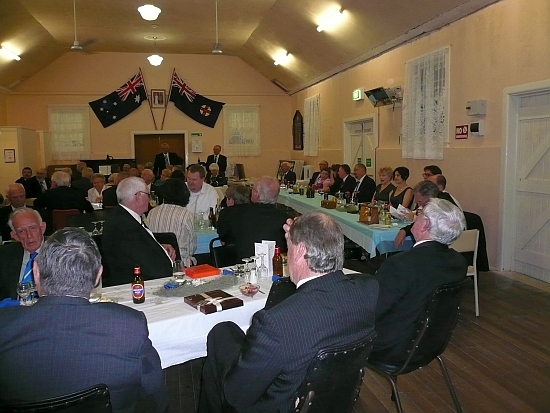 Around 70 Brethren and Ladies enjoyed a wonderful festive board.