A Gift for Lodge Bega 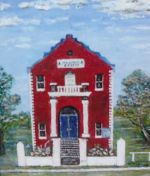 The Brethren of Lodge Bega Remembrance were pleasantly surprised at their regular meeting on Wednesday night 21 March when W Bro Roger Morgan-Bruce presented the Worshipful Master, RW Bro Malcolm Privett, with a painting of the Bega Masonic Centre. Malcolm thanked Roger for his wonderful gift and gracefully accepted it on behalf of the Brethren.

This was the sixth of such paintings that Roger had done of the local Masonic centres in the South East corner. He explained that he had tried to capture the warmth and friendliness of the members of Bega Remembrance in the painting. He also explained that it should be viewed at night as the lodge met in the nightime rather than in daylight. 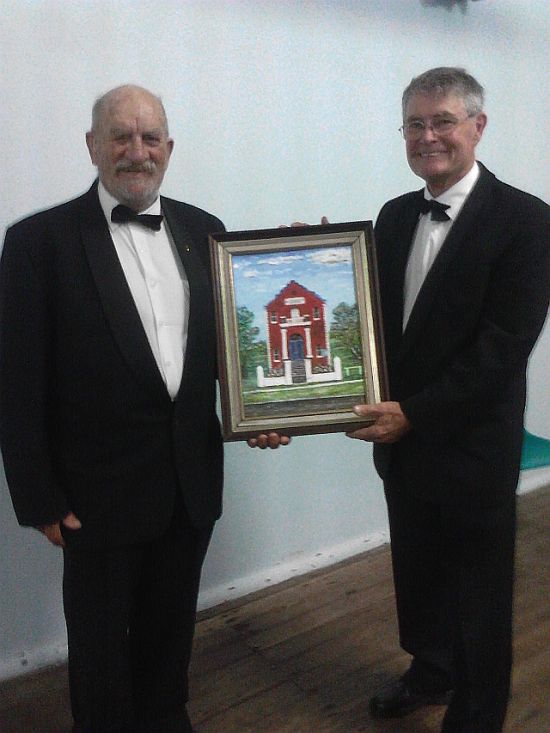 Roger presenting the painting to Malcolm at the Fesive Board. 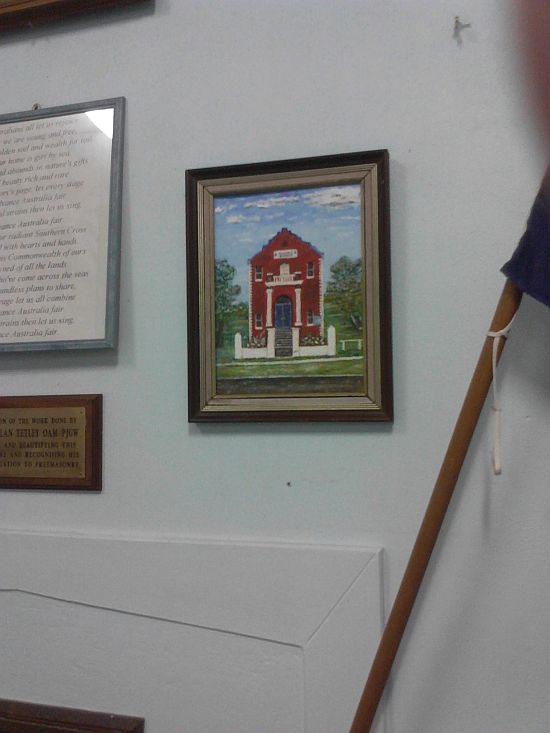 An appropriate spot was quickly found for the gift to hang, albeit temporarily. It's final resting place may perhaps be the Lodge room.

(Apologies for the quality of the photos as they were taken on a mobile phone sans flash. Ed.)