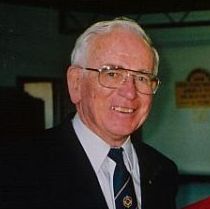 RW Bro Morrie Adamson, PAGM, passed away on Saturday 20th April 2013. He celebrated his 87th birthday a few days previously on 17th April. In January 2012 Morrie suffered a stroke just after he moved into a retirement village in Hughes, Canberra. Last year he did attend his Lodge a couple of times but his condition was deteriorating from the stroke and age.

He was a regular visitor to District 105 Lodges particularly Lodge Pambula Daylight as he used to stay with his fellow Master of 1976, VW Bro Ian Jordan, in Tura Beach. His other long time friend in Lodge Pambula Daylight is the person writing this article, your webmaster. Morrie taught me to swim when I was 10 years old at the Manuks swimming pool in Canberra. Morrie was the Captain of the swimming club and with his assistant, Peg Brophy, managed to get me to learn how to conquer my fear of the water. Later in our lives we were to face each other on the hockey field.

I was initiated in Lodge Campbell on the night of 4th October 1979 and imagine my surprise when I discovered that Morrie was sitting in the East. He was also present at my Raising the following year. Morrie worked in the Department of External Territories in the old Woolsheds in Barton in the Papua New Guinea section under the leadership of my Father. Morrie became a friend of the family but I lost contact with him when we moved from Canberra in 1988. My next connection with him came again as a surprise when he appeared at my Lodge's installation ceremony in 2001 as the Grand Master's representative. That was the year non Masons were permitted to sit in Lodge for the three addresses. 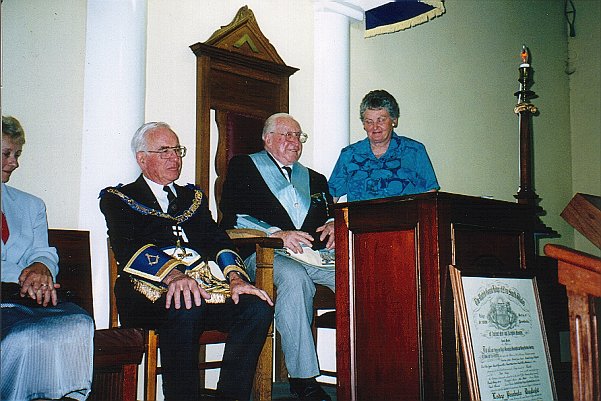 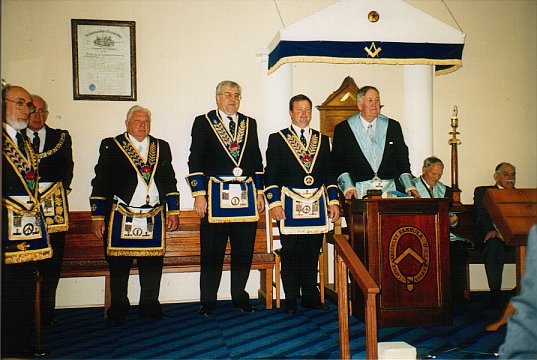 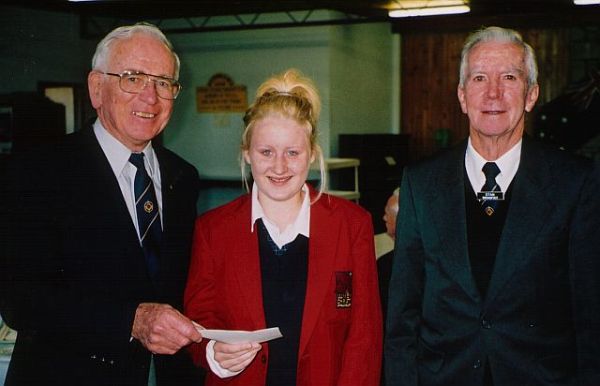 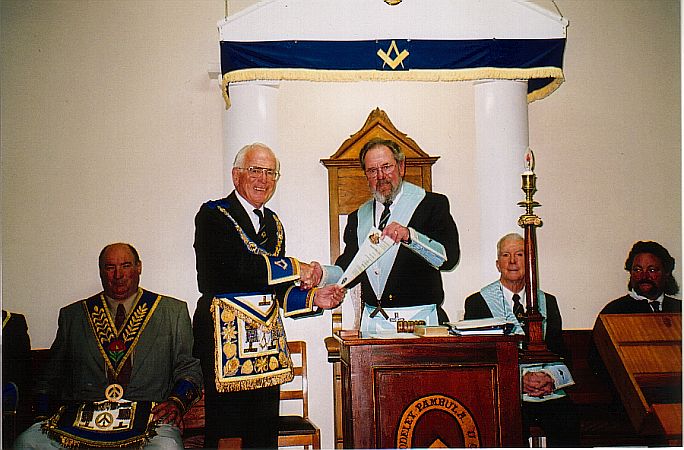 Lodge Pambula Daylight installation November 2004 of Bro Kevin Mulcahy. It was a wonderful thrill to have Morrie representing the Grand Master on this occasion. 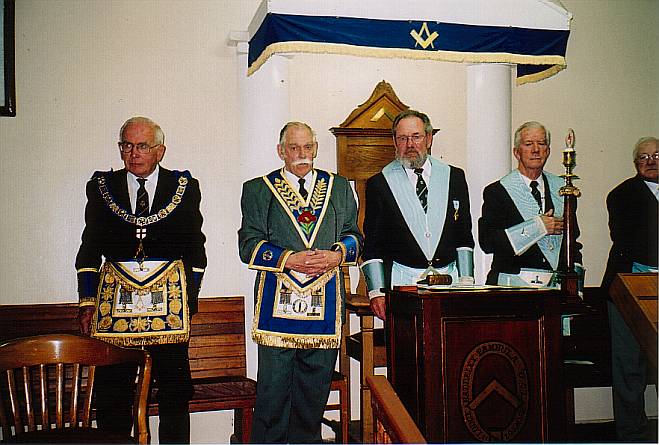 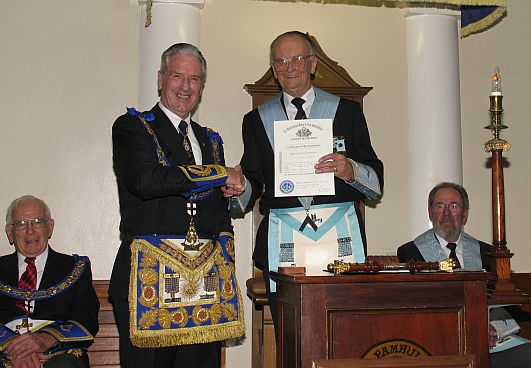 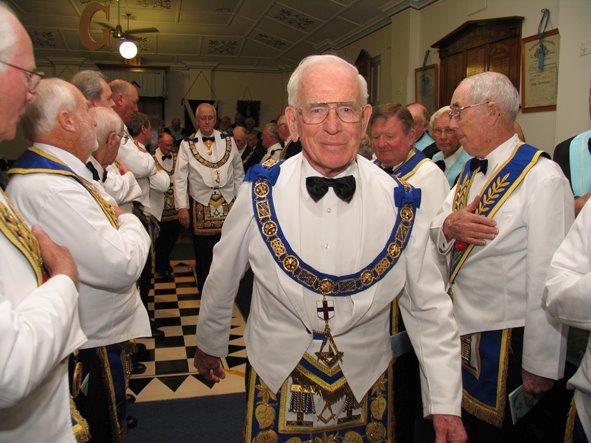 Installed as Master of Lodge Ethos 1975

Morrie was a thorough gentleman, a dedicated Freemason and a wonderful friend and Brother. He will be sadly missed by all who knew him.

He was farewelled by his family at a private cremation ceremony on the morning of Monday 29th April and later at 2pm that same day by his family, friends and fellow Freemasons at a Thanksgiving Service at St. John's Church in Reid, ACT. The church, while not very large, was overflowing with well over 100 mourners. As a token of the esteem in which Morrie was held by Grand Lodge, among those present was MW Bro Ron Johnson, a Past Grand Master, The Grand Secretary, RW Bro Kevin McGlinn, the Grand Registrar, RW Bro John Armfield and a Past Grand Secretary, RW Bro Ian McCulloch. The Grand Master, MW Bro Derek Robson was overseas but did manage to visit Morrie for his birthday on 17th April.

Our condolences are extended to his three lovely daughters and their families.