Irwin Prowse 100 not out

Born in Adelong, NSW on the 20th August 1914, Irwin Prowse, the current First Principal of Australia Mark and Royal Arch Chapter No. 28, holding under the United Supreme Grand Chapter of Mark and Royal Arch Masons of NSW and the ACT, celebrated his centenary in that position on Wednesday 20th August 2014 at the Yass Masonic Centre where the Chapter meets. 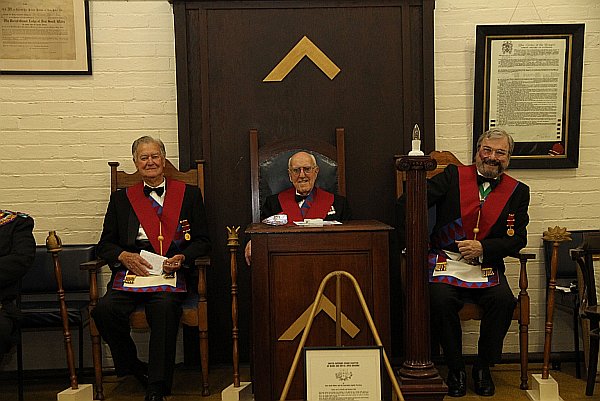 Supported by many visiting Companions for surrounding Chapters, Irwin displayed his usual competence in chairmanship and the Chapter closed so that the celebrations could continue at a local appropriate venue.

A foundation student at the Canberra Grammar School, Irwin is the oldest surviving ‘Old Boy’ of that school.

He joined masonry in Melbourne when the Federal Department shifted to Victoria for several years, and was initiated into Lodge Symphony No. 690 on the register of the United Grand Lodge of Victoria on the 7th April 1956 in Box Hill where he stayed a member until he and the Department returned to Canberra.

On retirement he moved to the far south coast of NSW and became a foundation member of Lodge Pambula Daylight No. 1000 which was consecrated on the 12th November 1988. He became their Worshipful Master of that Lodge on the 5th November 1993.

In the Craft, he is current a member Lodge Commonwealth of Australia, Lodge Woden Valley and the Linford Lodge of Research in Canberra. He has received conferred rank as a Past District Grand Inspector of Workings in the Craft.

The celebration dinner was well supported and many good wishes were received from those who could not attend.

Irwin proved that age is not an issue if you keep active however he did get a little hidden help from his DGIW in blowing out the candles. 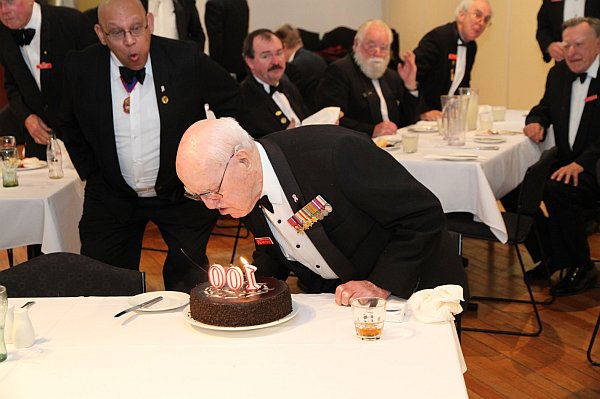