Saturday 7th May 2016 saw Bro Bill Kelly installed in the chair of King Solomon in a very capable and moving ceremony by W Bro Berri Libauer in the presence of VW Bro Neil Dawson, DGIW, representing the Grand Master. Neil was accompanied by a sizeable delegation of Grand Officers which helped to make up around 45 Brethren in the Lodgeroom. Some 70 brethren and their ladies enhoyed a festive board at the Cooma Bowling Club. The GDC for the night was a member of the Grand Ceremonial Team, VW Bro Simon Oliver who not only enjoyed himself but made sure the ceremony was enjoyable and relaxed. 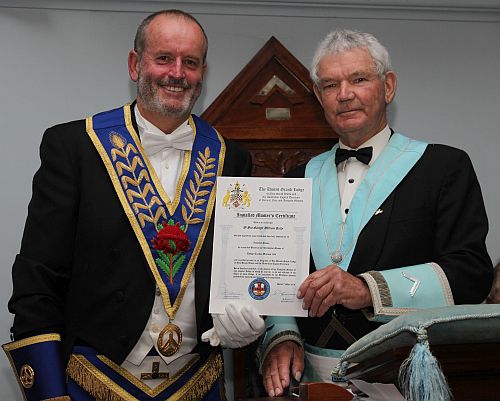 The delegation of Grand Officers includes one from Tasmania, several from Canberra and others from local Lodges in District 49. 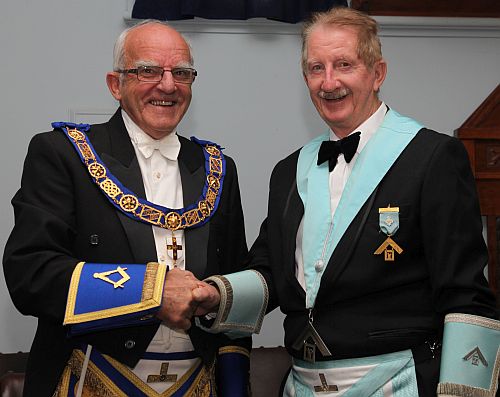 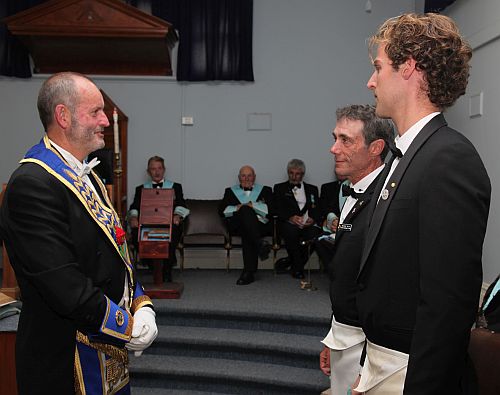 The DGIW chatting with the two Fellowcrafts, Michael Kelly, the Master's son and Samir Sehnem from Lodge Balgowlah in Sydney. 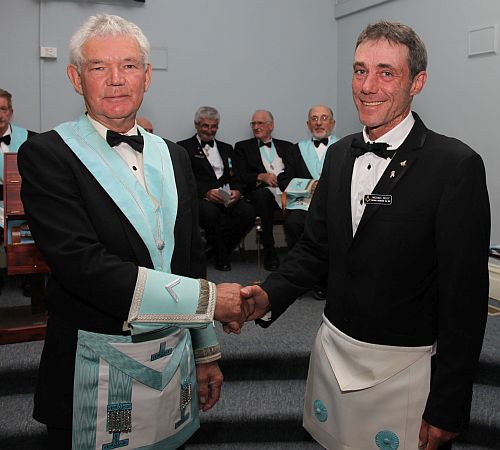 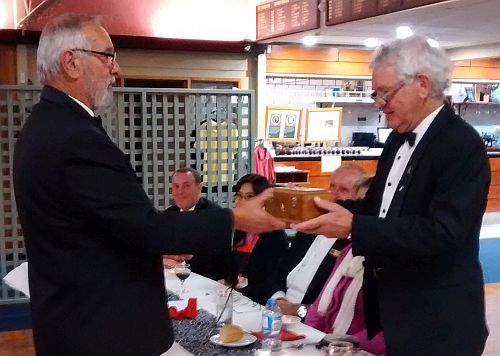 W Bro Mike Cooper travelled all the way from Bateman's Bay to present Bill with the District 49 travelling gavel. The gavel is presented by the Master of each Lodge in the District to the following Master at his installation. Mike was installed as Master of Batemans Bay Daylight Lodge in March. 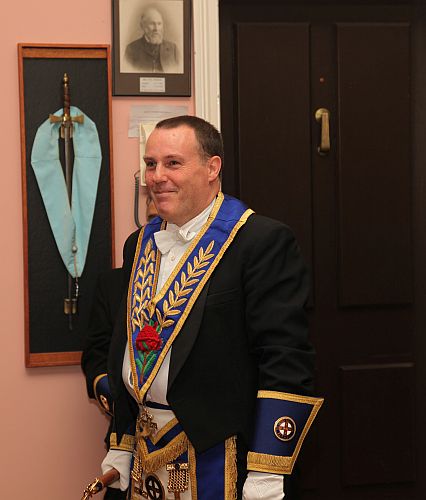 Grand Director of Ceremonies, Simon Oliver who is the Junior Grand Deacon in Grand Lodge.