In days gone by when the Mountain Lodge was very young, the Brethren came on horseback and wagons to witness the installation of a new Master of the Lodge. On Saturday 12th November 2016 things were a bit more civilised but they still came from far away, from towns like Orbost and Omeo in Victoria, Wollongong, Pambula and Bega on the coast and even the National Capital in Canberra. Eleven members, 21 visitors and 15 Grand Officers witnessed the reinstallation of W Bro Jim Peadon, some 18 years after his previous installation.

The first installation of the Lodge was in 1890 with Hiram Joseph as its foundation Master. Since then there have been 127 installation ceremonies including this one.The Lodge building has been a part of the Bombala landscape for 126 years and the current membership is determined to see the Lodge stays part of that landscape and part of the psyche of the town itself. 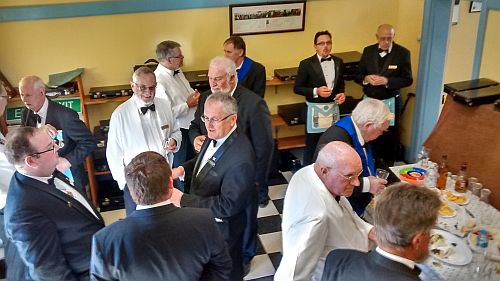 Brethren mingling prior to tyling time. 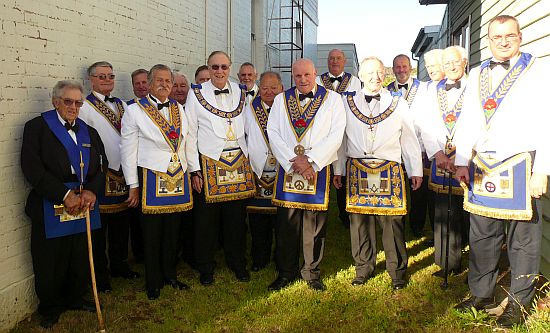 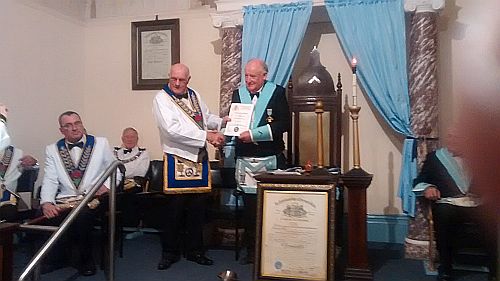 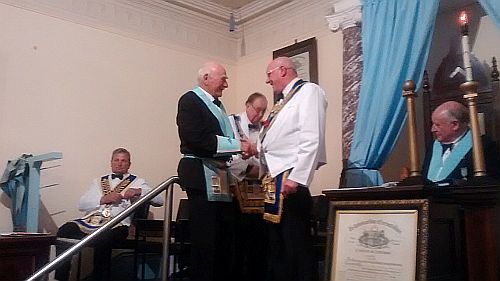 And presenting the IPM W Bro Peter Williams with his Past Master's jewel. 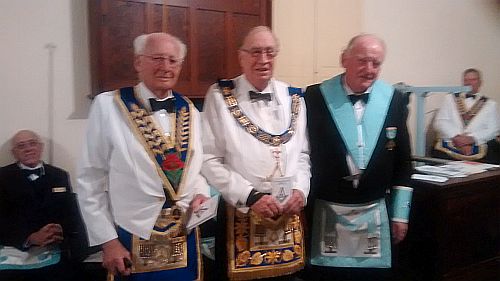 RW Bros Grahan Charlton and Wal Hopkinson received honorary membership of the Lodge following many years of support and visitations. 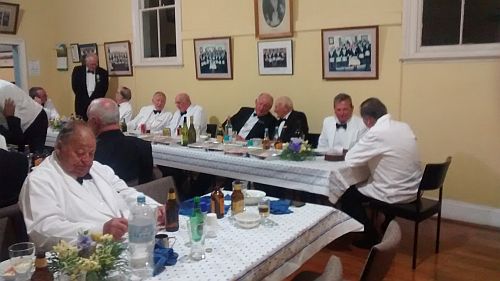 The usual country style festive board followed the ceremony and the ladies were duly acknowledged for their efforts as caterers. 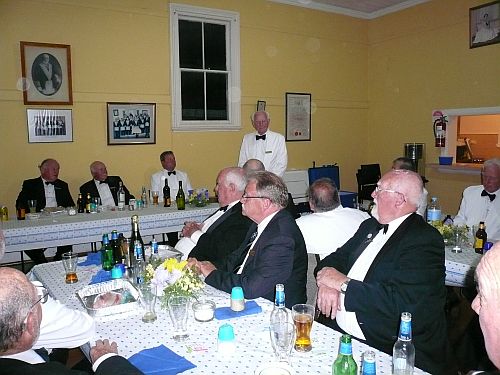 Wal Hopkinson responding to the toast to the two new honorary members.

A wonderful night was enjoyed by all who attended especially the musical interlude in the Lodgeroom by RW Bro Robert Hughes who played his saxaphone to the tune of "A Wonderful World" which brought back memories of "Satchmo" and his band.

Apologies for the poor quality of the photos but our customary photographer was unable to attend.