"What a Wonderful World" was the musical interlude RW Bro Robert Hughes, PJGW, treated us to on his saxaphone towards the end of this memorable installation ceremony. That title certainly fitted this occasion because, after 28 years, Lodge Pambula Daylight installed its youngest ever Worshipful Master, Bro Harley Jenkins and all his officers positions were filled and he also has a possible new member in the wings. The installation was carried out by the outgoing Master in the presence of RW Bro Bill Beattie, the Regional Grand Counsellor for Region 4, representing the Grand Master. The Grand Director of Ceremonies was VW Bro Tom Peadon PDGIW from the Mountain Lodge. 32 Brethren occupied the lodgeroom and some travelled the day before and stayed overnight. Some from Canberra and some from Sydney. Local Lodges from 49A and 49B were also represented. RW Bro Geoff Ludowyk entertained us with his skills on the organ with some unexpected accompaniment from RW Bro Hughes with his speakerbox and iPod. Somewhat reminiscent of cruise ships' horns and Movietone newsreels from the past. 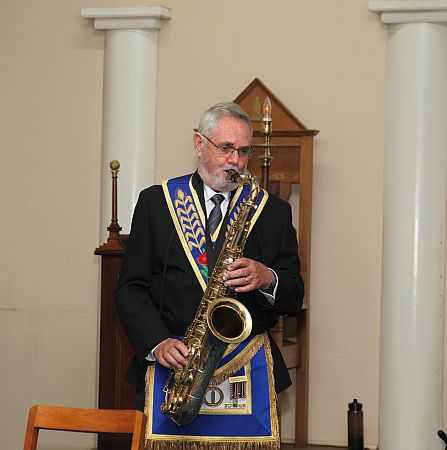 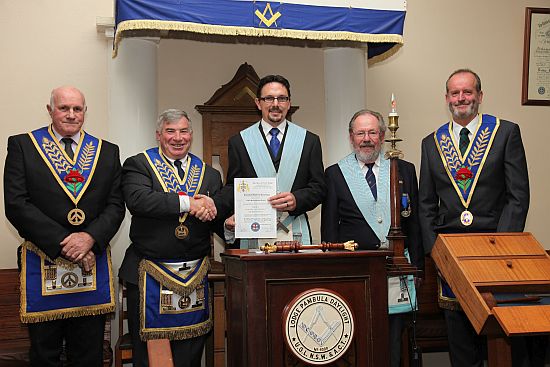 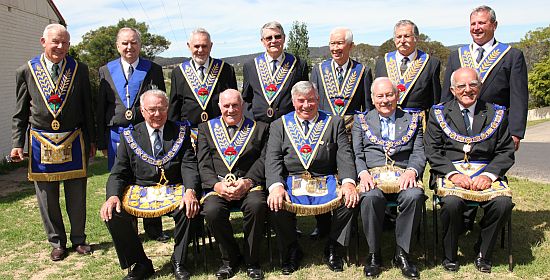 The delegation of Grand Officers with Neil Dawson and Geoff ludowyk and Kevin Perry missing for the photo. 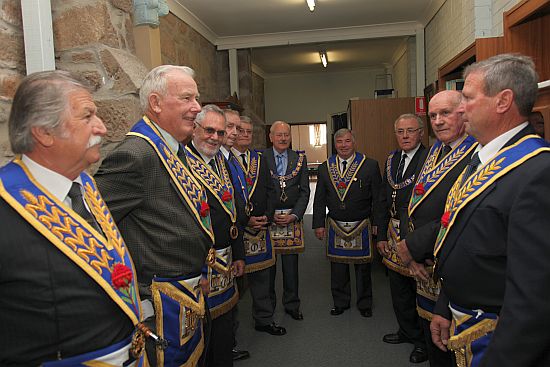 Preparing to enter the Lodgeroom 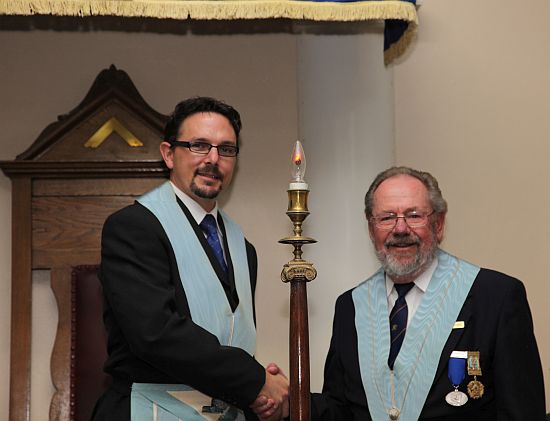 Handing over control of the Lodge, a very happy and emotional moment. 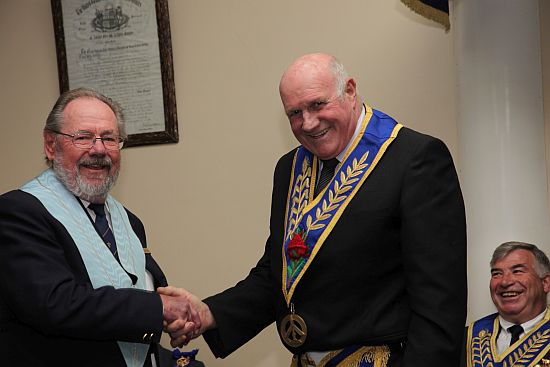 The DGIW presenting the IPM with his Past Master's jewel 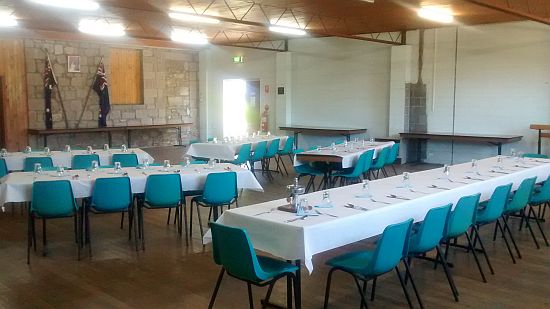 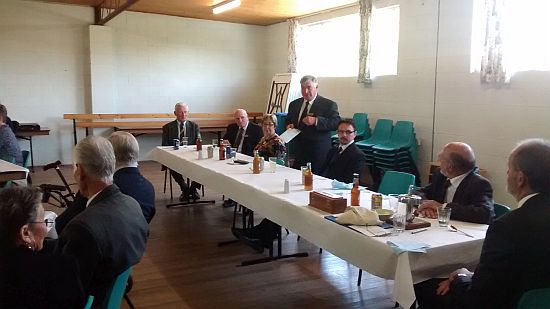 The Representative responding to the toast to the Grand Master 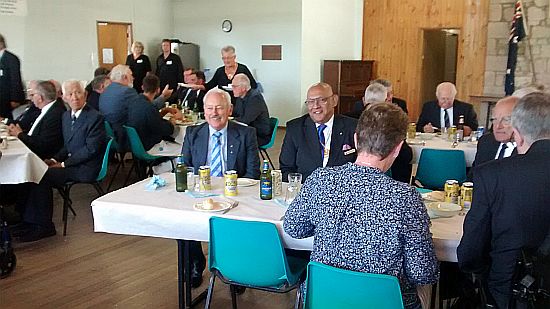 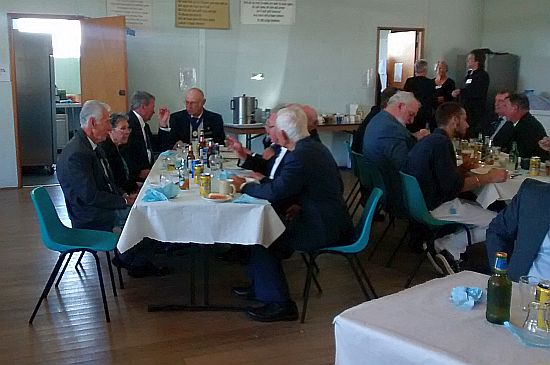 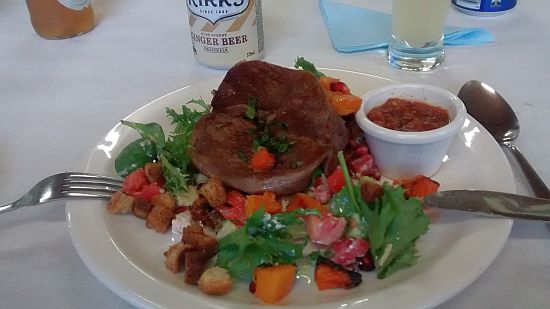 The meal was preapred and served by tenants of the Lodge, namely Pearls Place which is a volunteer group who prepare meals every Wednesday at the Lodge for socially disadvantaged people. They serve up to 50 meals each week free of charge with all food being donated by REAP and other groups. Pearls have only occupied the hall since March this year but already they have a stong group of support volunteers. This meal was restaurant quality, served with a smile by uniformly dressed wait people. The above photo is the lamb main course and the one below is stuffed chicken breast. In effect the dining fee the Lodges charged has gone to a charitable organisation rather than a professional caterer. Pearls also received a $1,000 donation last month from the Mobile Masons Caravan club which stayed at the Pambula van park for 10 days. 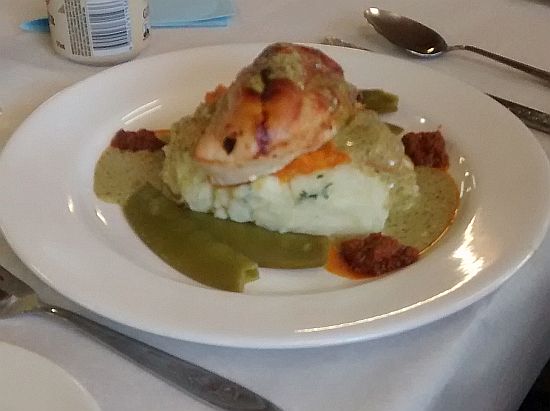 Not only was the festive board food excellent, the toasts were minimal and responses brief. A great day was had by all and the future for Lodge Pambula Daylight looks great.