Saturday 6th May was a customary Winter's day on the Monaro with minus overnight temperatures and cool to cold winds but it was anything but customary at Lodges Cooma-Monaro's annual installation ceremony which got underway late in the afternoon. The Lodge was honoured with a visit by Most Worshipful Bro Jamie Melville, the Grand Master of the United Grand Lodge of New South Wales and the Australian Capital Territory, who had decided to sample the fresh mountain air of the Southern Highlands of NSW. Jamie was accompanied by a delegation of 26 Grand Officers from Canberra, Sydney, Bega, Pambula and Bombala who along with some 40 other Brethren witnessed the installation of Bro Patrik Nilsson the Junior Warden of the Lodge in 2015-16. Despite the fact that Patrik lives in Canberra and is also a member of a Canberra Lodge, he decided to join Cooma-Monaro some years ago and has now become its Worshipful Master for, at least, the following 12 months. The evening was celebrated in fine style with a Banquet at the Cooma Bowling club where 85 Brethren and partners enjoyed a wonderful evening. The installation ceremony was carried out by W Bro Berri Libauer in a sensitive and competent manner albeit with some Rhodesian influence on occasions. Patrik enjoyed the ceremony and commented that it would remain in his memory for a long time to come. He was delighted to have been installed in the presence of the Grand Master who, it seems, also enjoyed the evening. 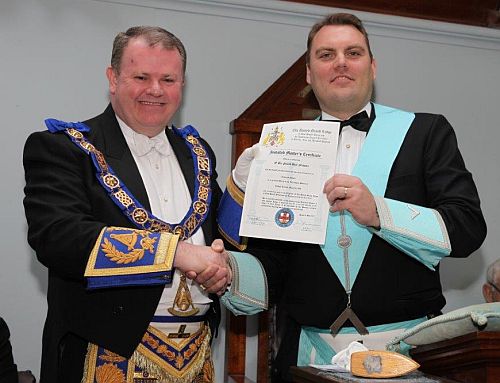 The Grand Master and his delegation. (Mouse over for larger pic).

The Grand Master, Worshipful Master, Immediate Past Master and the Installing Master. 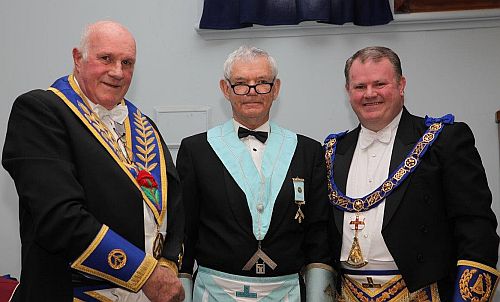 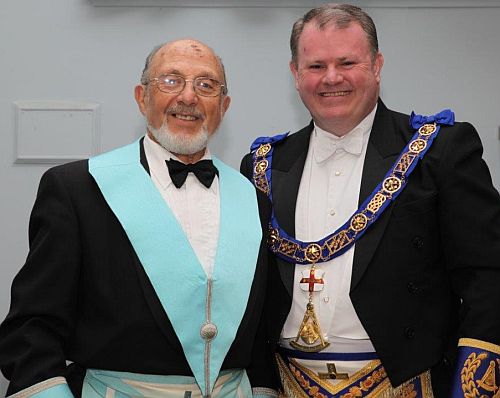 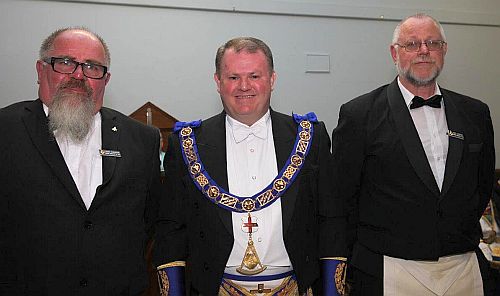 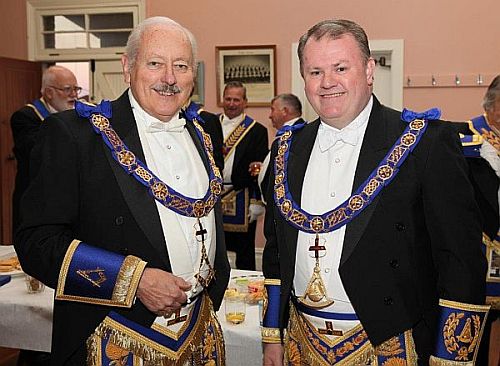 RW Bro Mike Dalton PAGM, member of the Board Of Management, with the Grand Master 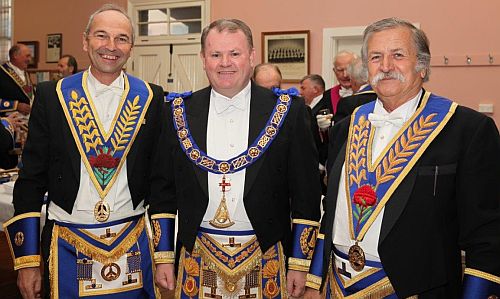