Depsite conditions which are usually experienced in the middle of Winter, some 40 Masons braved the elemnts to attend the the Mountain Lodge re-installaion ceremony on Saturday 9th November 2019. Snow had fallen at Nimmitabel the previous day and temperatures dropped to single figures in Bombala which made it rather uncomfortable for Grand Officers in Summer dress.

RW Bro Russell Yelds was re-installed as Master of the Lodge by W Bro John Adamson in the presence of RW Bro Kim Taylor who was representing the Grand Master on this occassion. VW Bro Berri LIbauer was the Grand Director of Ceremonies and according to reports, performed his task for the first time in an excellent manner. There was a sizeable fraternal visit from the Brethren of Lodge Ethos of Canberra as well as Brethren from local district 49B Lodges and one from Lodge Guildford in Sydney. 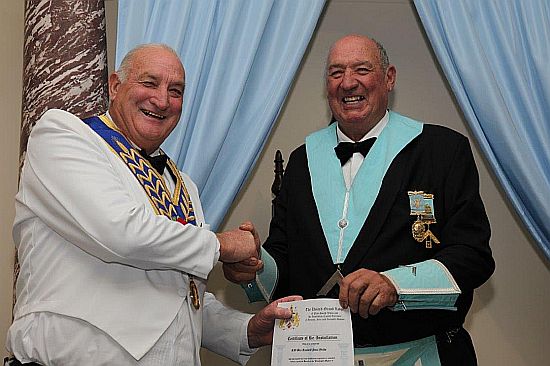 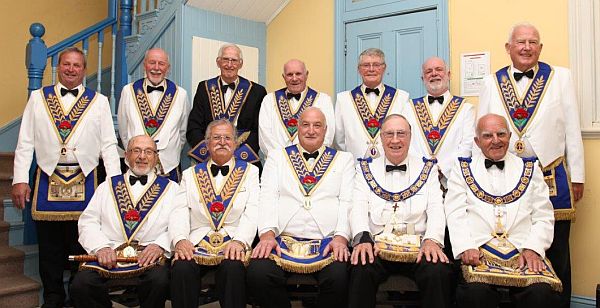 The dlegation of Grand Officers. (Mouse over for larger version)

The weather may have been cold but the hospitality and harmony was the usual Mountain Lodge warmth.