Saturday 30th November 2019 saw the annual installation meeting for Lodge Pambula Daylight with a small but happy gathering of Masons from Districts 49A and 49B. The current Master, Very Worshipful Brother Neil Dawson was reinstalled in the Chair of King Solomon by RW Bro Kevin Mulcahy, PJGW, in the presence of the District Grand Inspector of Workings,VW Bro Ron Jaajaa, who was representing the Most Worshipful Grand Master. He was accompanied by a small but quality delegation which included our newly appointed Regional Grand Counsellor, RW Bro Dr Graeme Moller, AO, PJGW. The ceremony was carried out with the assistance of the Grand Director of Ceremonies, VW Bro Bernie Alcock, PDGIW, who handled his first appointment with decorum and expertise.  Also present was W Bro David Provan and wife Judy from the Bairnsdale Daylight Lodge, Victoria, with whom the Pambula Lodge has had a Fraternal relationship since its consecration in 1988. 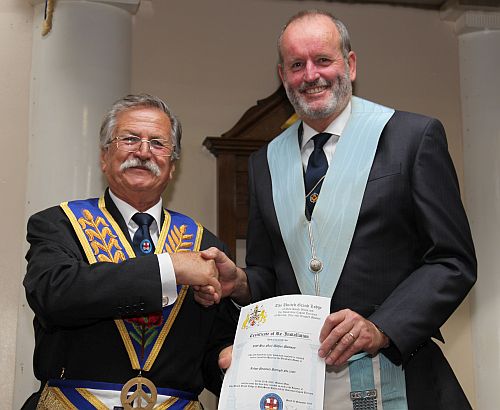 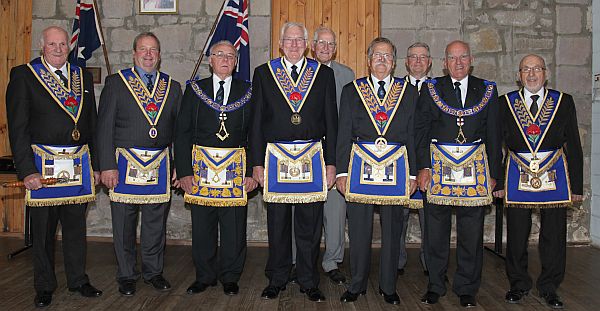 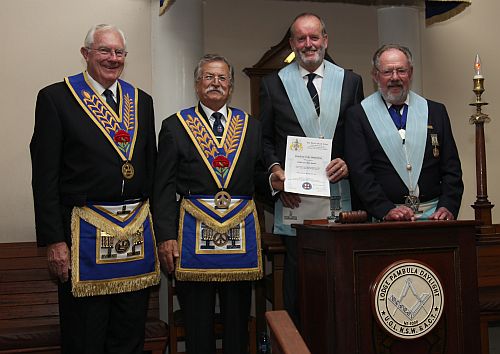 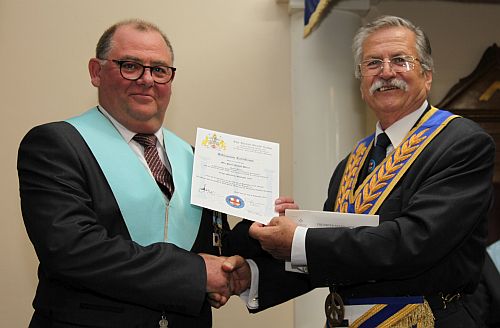 W Bro Peter Barry receiving his certificate of an Affilliated Member of the Lodge. 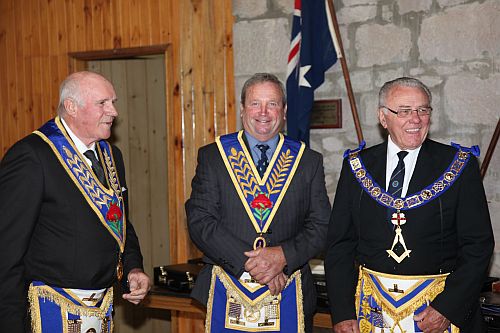 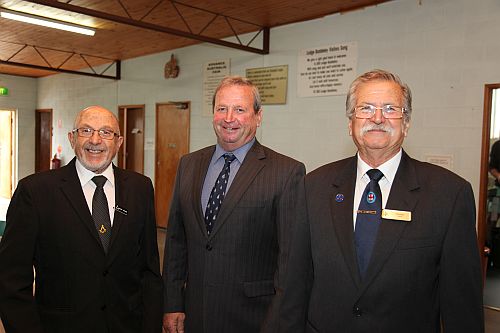 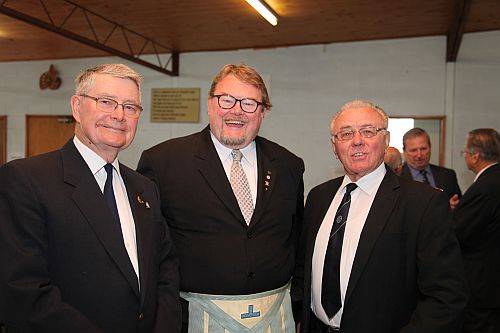 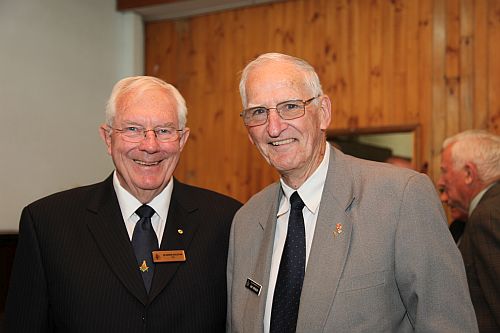 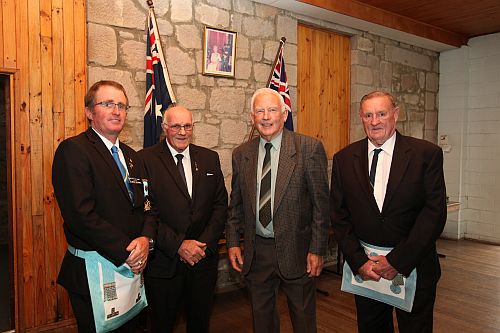 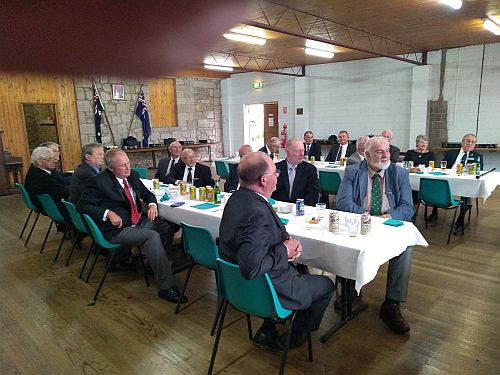 Some of the Brethren enjoying the South and listening to one of the toasts.

Definitely a great and enjoyable morning.