42 Brethren assembled in the Pambula Masonic Centre for the installation of W Bro Alf Gallina as the Worshipful Master for the 2013-2014 Lodge year. He was capably and sensitively installed by the outgoing Master W Bro Fred Rubly who had just completed his third year in the chair. Alf joined the Lodge as an affiliate member in March 2011 having moved to the area from Canberra where he was a member and Past Master of Lodge Capitol.

The Grand Master's representative was RW Bro Graham Charlton, PAGM, who is also from Canberra and has known Alf for many years. The ceremony was conducted under the watchful eye of the Grand Director of Ceremonies for the occasion, RW Bro Russell Yelds, PJGW, who ensured that everything went smoothly and correctly. The Regional Grand Counsellor, RW Bro Geoff Ludowyk and the Chairman of the Private Lodges Committe, RW Bro Mike Dalton, PSGW were also present. VW Bro John Bellchambers, PDGIW, from Lodge Capitol travelled from Canberra to attend the ceremony. John delivered the 1st degree working tools charge at Alf's initiation. The past was also remembered as Alf was wearing the apron of one of his nominators. It was also a pleasant surprise to see RW Bro Ralph Britten, PAGM from Sydney who has been a regular visitor to the Lodge's installations in previous years but has been unable to attend for the past few due to health and other circumstances. 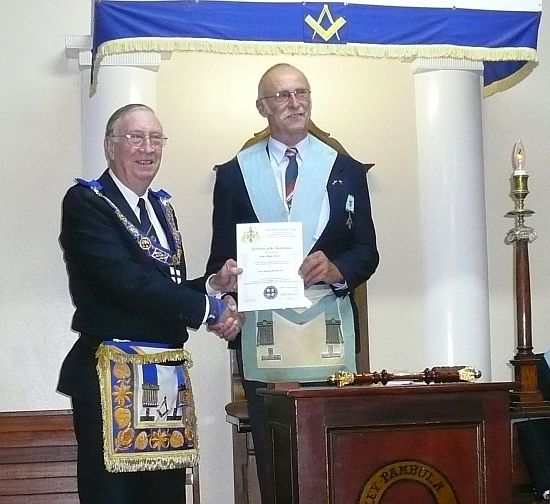 The Representative presenting the WM with his Installed Master's certificate. 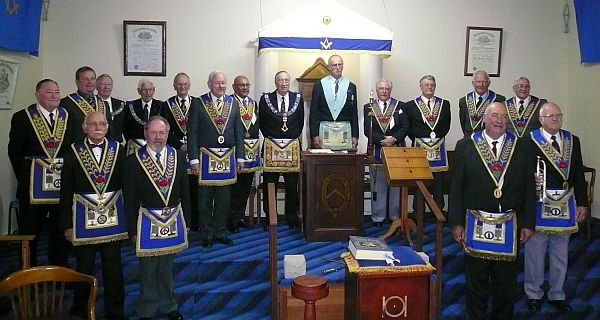 All in attendance except the cameraman W Bro Neil Dawson. 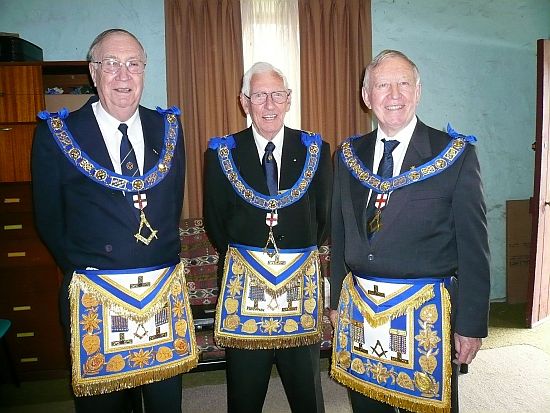 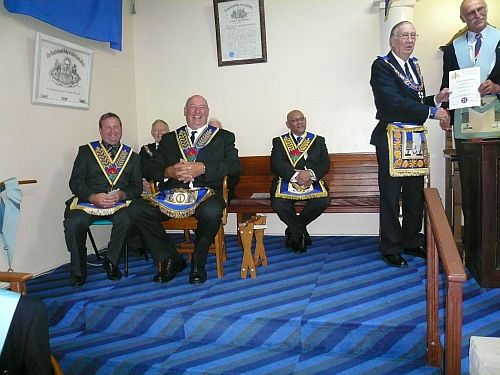 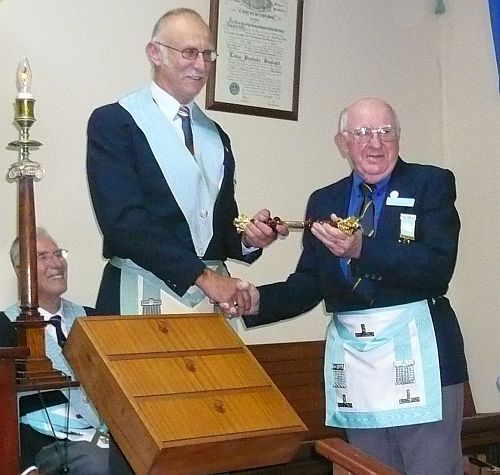 The Worshipful Master of Bairnsdale Daylight Lodge retreiving the travelling baton assuring the continuation of the fraternal relationship between the two Lodges. Sadly, W Bro Ken Mitchell who attended the consecration of Pambula Daylight in 1988 and every installation since, was unable to attend due to ill health. 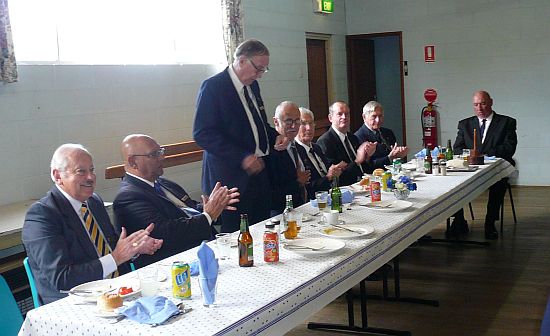 Graham Charlton responding to the toast to the Grand Master. 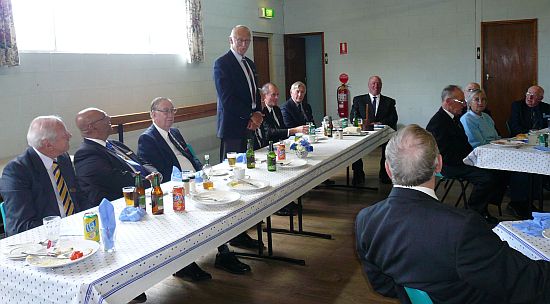 The Worshipful Master responding to the toast to the WM and Officers. 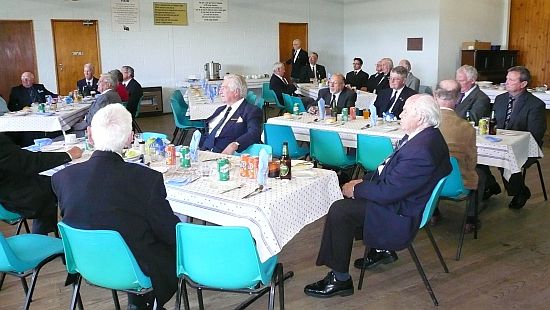 Some of the Brethren in the South.

We met in the grand design of being happy, as always.