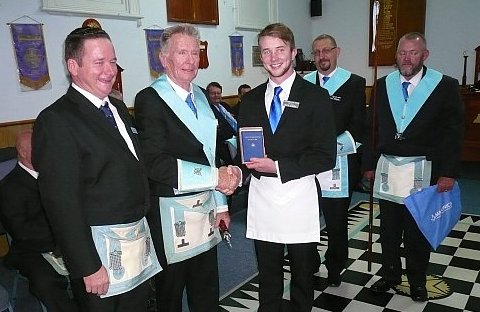 Ronald, Bryan and Rhys and the Bible under the watchful eyes of the WM and JD

Thursday 13th February 2014 saw the Initiation of most certainly the youngest Mason in New South Wales, just one week after his 18th birthday. Not only did he have this distinction but he was also the first Lewis to be initiated in Lodge Coeur de Lion-Narooma. Records were searched to find out when the previous Lewis had been initiated in Lodge Coeur de Lion before amalgamating with the Narooma Lodge but to no avail. It was concluded that over 40 years had passed since the previous ceremony if in fact there was one.

Rhys Donald Hardy is the son of W Bro Bryan Hardy, the Director of Ceremonies of the Lodge and a very proud Father. Rhys's older Brother, Ronald, drove down from Namoi to witness the ceremony and also to present his younger sibling with a bible. The bible, shown above in the photo, was presented to Rhys and Ronald's Great Great Grandfather on his installation as Master of Lodge Harmony #304, Bowral, NSW in 1940. With such a pedigree there should be no doubt that Rhys will make a wonderful Mason.

The ceremony was conducted very ably by the Worshipful Master, W Bro Alec Sklepic, who was assisted by members of his own Lodge and Lodge Eurobodalla Daylight. A fraternal visit from Lodge of Truth, Braidwood made up the 34 Brethren who attended the ceremony. The DGIW for District 114 was accompanied by his neighbouring DGIW from Distict 105. 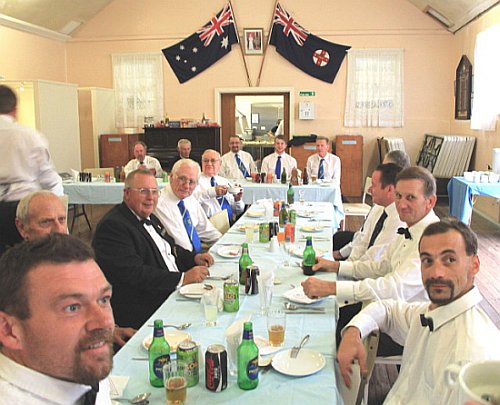 Part of the Festive Board. 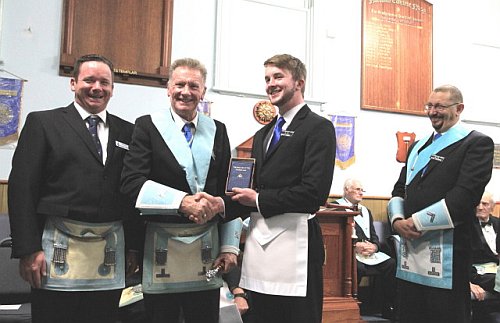 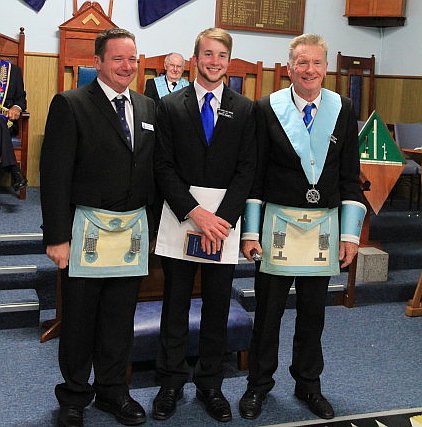 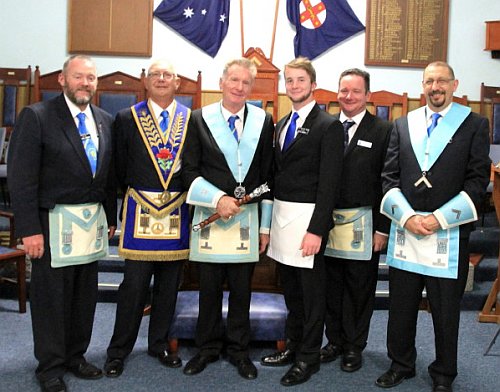 Lodge Coeur de Lion-Narooma holds its South before the meeting but this did not prevent Bro Ronald Hardy from proposing the toast to his younger brother, the Candidate. In all a great night was enjoyed by all who attended, especially the Candidate and his Father and Brother. 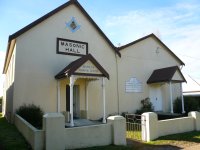