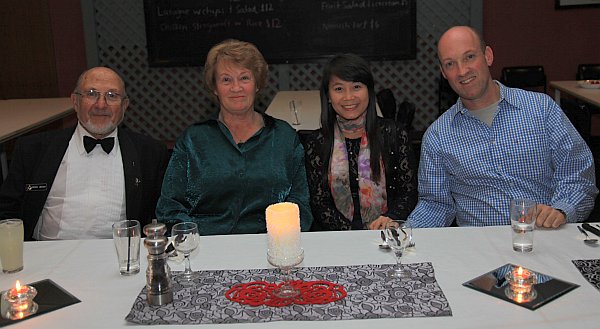 The Worshipful Master and his family.

Saturday night, 29th March 2014, saw the final installation ceremony for District 105 which, after September this year, will be amalgamated with District 114 and be renumbered as District 49. District 105 started its life in 1996 with VW Bro Viv Fleming as its first DGIW.

Lodge Cooma Monaro reinstalled their Worshipful Master, W Bro Berri Libauer, for a second year in the presence of RW Bro Michael Dalton, PSGW, representing the Grand Master. It is interesting to note the connection between district 105 Officers and the Brethren involved in the ceremony as per the printed program for the evening:-

45 Brethren attended the ceremony representing all 4 district 105 Lodges, plus Canberra Lodges Gowrie, Ethos, Caledonia and Commonwealth, Lodge Queanbeyan Saint Andrew and Braidwood Lodge of Truth. The Festive Board was held at the Cooma Bowling Club where some 70 Brethren and partners enjoyed the rest of the evening.

From the outset it was clear that the evening was going to be relaxed and enjoyable. The Grand Director of Ceremonies, RW Bro Russell Yelds made sure that all concerned were comfortable and relaxed with their work which set the stage for one of the best installations seen in the district for some time. The Worshipful Master has a team of young officers who will assist him in the forthcoming year and he is looking forward to a productive and happy 12 months. 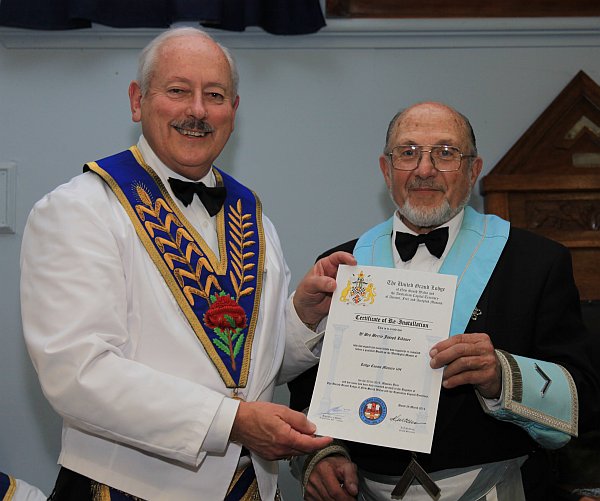 RW Bro Mike Dalton presents the Worshipful Master with his certificate of re-installation. 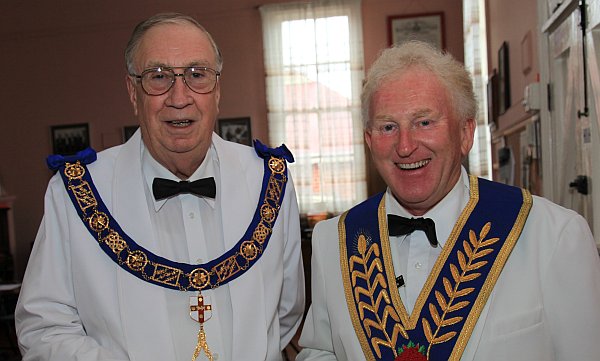 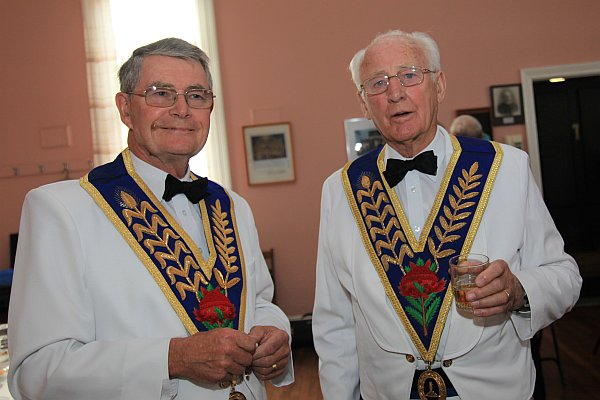 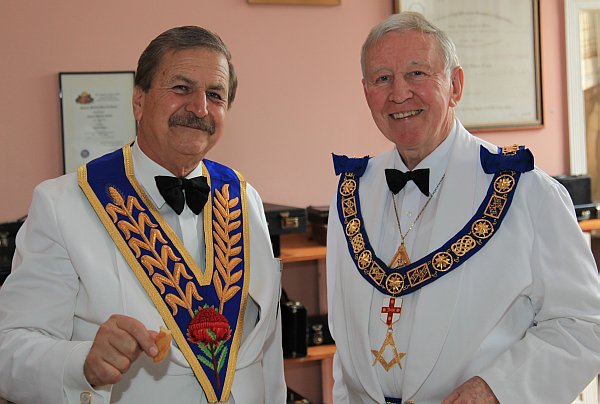 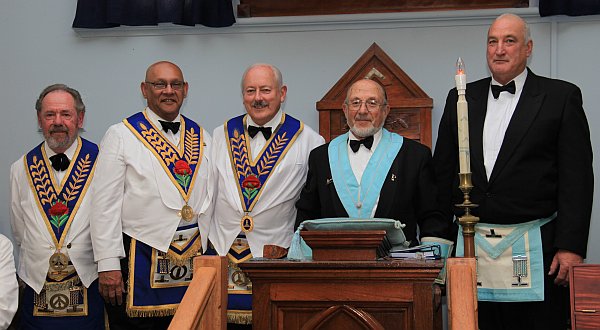 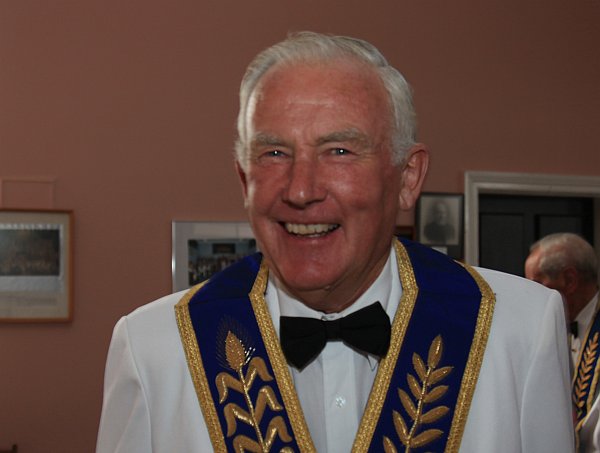 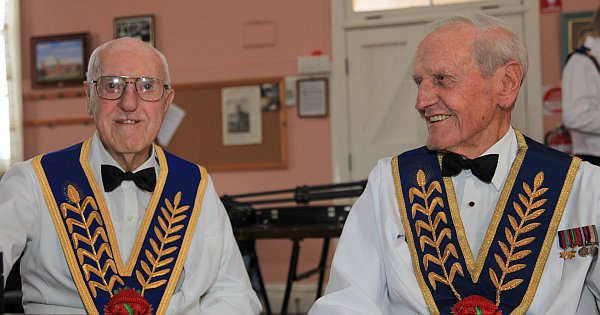 VW Bro Irwin Prowse of Lodge Commonwealth and VW Bro Pring Reynolds of Lodge of Truth, Braidwood with over 100 years in the Craft between them. Irwin revealed that he is a sprightly 99 and Pring claims to be just over 80 but we don't believe him. Bless them both.

A great night was had by all who attended. It was, indeed, a night to remember.