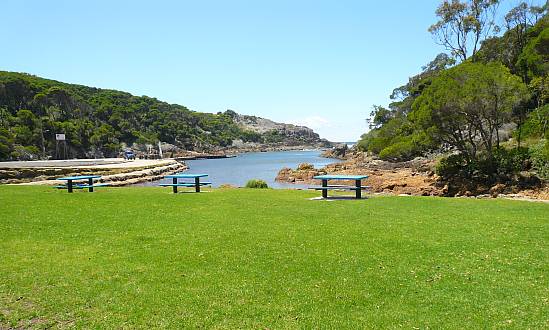 On Saturday 13 th December 2014, Lodge Bega Remembrance held a Christams BBQ picnic for members and friends at beautiful Kianinny Bay, Tathra. The weather was perfect as was the total absence of flies. There was, however, a local who decided to pay a visit when the sausages and meat were put on the hotplate. The smell must have enticed him out of the shrubbery and he became upset as he couldn't reach the food so he attempted to sample Charles Alcock's leg instead. The animal, which was a meter and a half long goanna, was swiftly made aware of the fact that he was not welcome and disappeared back into the scrub, much to the relief of Charles. Unfortunately the camerman was too slow to get a photo of the beast. 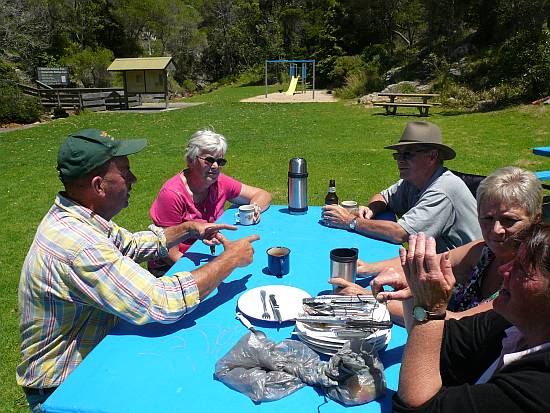 The temperature was a very pleasant 21 degrees. 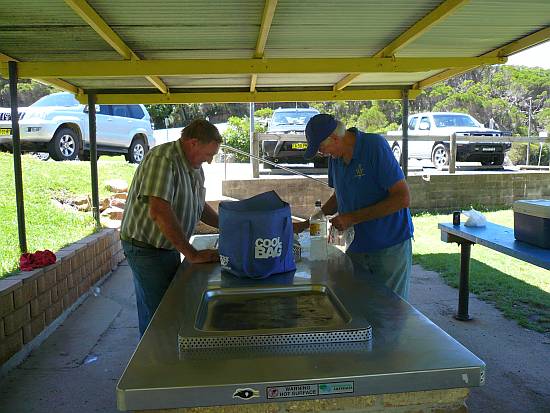 Cliff Cochrane and Ray Spencer slaving over a hoy BBQ. 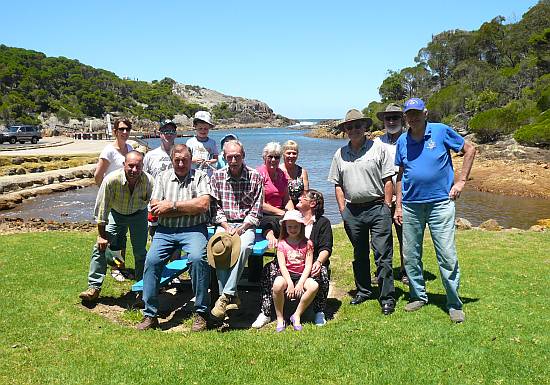 Despite the fact that the group was small in number, a great time was had by all. The location was certainly noted as a possible venue for future similar events.

A Merry Xmas and a Happy New Year to all from the Master, Brethren and Ladies of Lodge Bega Remembrance.